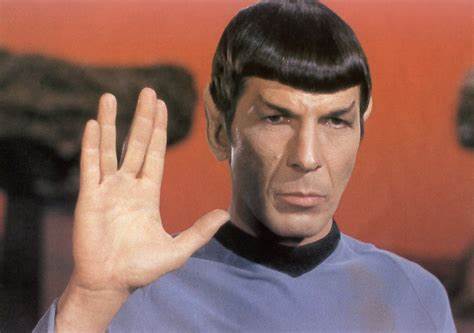 Would Mr. Spock ever lie to you?

How do we wind up believing in all-knowing, all-wise space aliens, human evolution into supermen, and intergalactic travel?

In Scientific Mythologies: How Science and Science Fiction Forge New Religious Beliefs, author James Herrick explained exactly how. I reviewed his book in 2015.

We may not be able to provide everyone in America with a solid scientific education, but we can certainly load them up on science fiction, dumbed-down popular science, and sheer mythology. Herrick abundantly demonstrates that the “science” that has so many people in awe of it is hardly science at all–it’s mostly TV.

Forget about observing nature, collecting data, studying what’s been observed, subjecting it to verifiable experiments, and then coming up with a theory or an explanation that fits the facts–who has time for all that? And it’s boring! So much more enlightening to have some Hollywood celebrity lecture you on “climate change.” Or some actor who played a space alien in a Star Trek movie.

This is a thick, meaty book, jam-packed with information. You can learn a lot by reading it.

And you will be able to answer the question, “When is ‘science’ not science?”

6 comments on “‘Scientific’ Rubbish–and Why We Believe It”