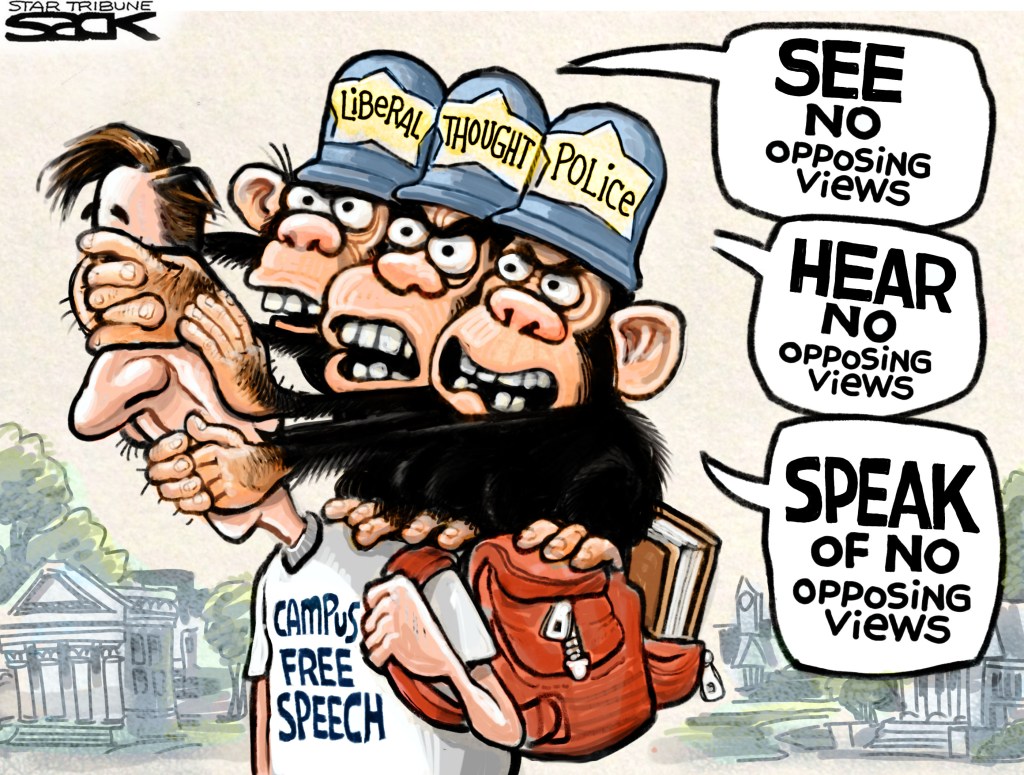 As part of an out-of-court settlement of a lawsuit, the University of Michigan has agreed to do away with its “Bias Response Teams,” otherwise known as Speech Police (https://www.campusreform.org/?ID=13934). “Speech First” filed the lawsuit 18 months ago; now the university has… well, surrendered.

There may be a catch, though. The Bias Response Teams are to be replaced by “Campus Climate Support” (CCS). Is that the same thing, with a different name? Under the settlement, the Klimate Kops won’t have power to “impose discipline” on students who say The Wrong Thing. Not being totally trusting of the university’s good faith, Speech First has reserved the right to re-activate their lawsuit if the school falls back into its old habits of censorship. You’d have to be pretty dim to trust university officials.

It was necessary to reserve this right because colleges and looniversities have established a pattern, when a lawsuit has been filed against them and they think they’re going to lose, of crying “I’ll be good, I’ll be good”–and then, when the heat’s off, reverting to their normal state of soft fascism.

It’s good to see these academic tyrants reined in, but it’s not enough–nowhere near enough. They’re still teaching twaddle, still indoctrinating minds already made mushy by teachers’ unions in the public schools. It has to stop. It has to stop.