So they’re playing Jeopardy on TV last night, the category is “U.S. House of Representatives” (https://www.rt.com/usa/478389-schiff-jeopardy-impeachment-hero/), and this guy’s picture comes up.

And none of the contestants–even though they know he has something to do with the House of Reprehensibles–can tell you who it is!

Maybe you can do better. 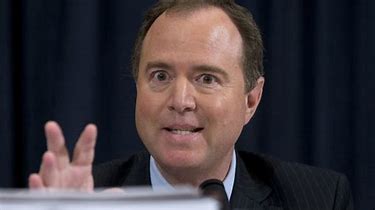 We’ll even make it multiple choice.

This is a picture of:

B. A giant cockroach

C. A multiple bank robber wanted by the FBI

D. Someone with an unfortunate disease

No one on the Jeopardy panel knew who it was. No one even took a wild guess. (“Mr. Potato Head?”) Crikey, the guy’s led every anti-Trump witch-hunt for the past three years, the nooze media think he’s a god, his eyes pop out of your TV screen every night–and nobody can identify him?

Maybe they ought to put his picture on a milk carton.