My Newswithviews Column, July 2 (‘We Want Our Country Back’) 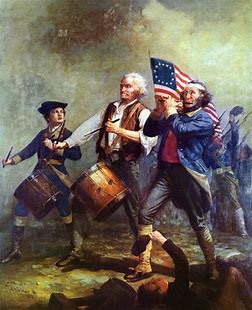 The year’s only halfway over, and we’ve already had enough “mandates” loaded onto us to last another 50 years.

We Want Our Country Back

Since when are we governed by mandates? Don’t we do laws anymore? Democrats gabble about “the rule of law,” even as they drive one nail after another into its coffin.

Why aren’t we madder about this?

Why are we letting it happen?

But you can be sure of one thing: the wretched mess that is the year 2020 so far would not be possible, probably not even imaginable, if we hadn’t spent several decades having our children “educated” by wicked fools who hate our country.

I have lived in Metuchen, NJ, all my life. I have been married to my wife Patricia since 1977. I am a former newspaper editor and reporter. I was also the owner-operator of my own small business for several years. I wrote various novels and short stories published during 1980s and 1990s. I am a long-time student of judo and Japanese swordsmanship (kenjutsu). I also play chess, basketball, and military and sports simulations. END_OF_DOCUMENT_TOKEN_TO_BE_REPLACED
This entry was posted on Thursday, July 2nd, 2020 at 9:35 am and tagged with coronavirus panic, Dems hate America, destroying America, liberals vs. America, mandates vs. laws, Newswithviews.com and posted in civics, history, news. You can follow any responses to this entry through the RSS 2.0 feed.
« ‘This Is My Lucky Day!’ (2017)
It’s Not My Fault! »

6 responses to “My Newswithviews Column, July 2 (‘We Want Our Country Back’)”