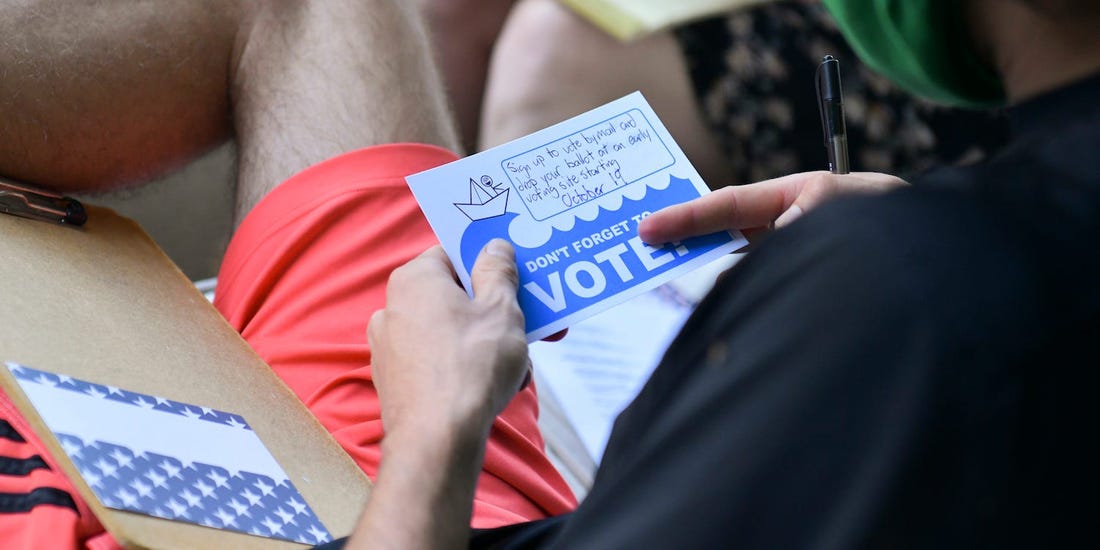 Here in the Democrat dystopia of New Jersey, where brainless white liberals decorate their lawns with Black Lives Matter signs, our wretch of a governor decreed Universal Vote By Mail for this year’s national elections. As soon as they realized he didn’t have the authority to do that, the legislature hastened to enact the measure.

So we’re all supposed to get these ballots to fill out and mail in before Election Day.

Only I don’t have one.

Yeah, sure, most people have theirs by now. But I don’t. And when I phone the county board of elections to ask for a ballot, all I get is a robot that tells me that due to the high volume of incoming calls, they aren’t going to answer any calls.

As everyone who isn’t totally delusional knows, Democrats don’t have a hope of winning unless they can subvert the electoral process itself. “Vote by Mail,” an open invitation to fraud and a free pass to postal carelessness, is part of that. They’ll see how many votes their guy needs to win, after Election Day is over–and, as if by magic, those votes will appear.

They will gladly destroy our republic, if that’s what it takes to get them back into power. Do you think Keith Olbermann is kidding about wanting to prosecute Donald Trump’s supporters? Do you think they’re kidding about making “climate change denial” a criminal offense? And meanwhile, while they’re waiting for the White House, they’re letting dangerous criminals out of jail and giving rioters the high sign in every city they control.

If they win, we lose. We lose our country.

They are the enemy, and they must be defeated.

(P.S.–I finally got through to the county clerk’s office, and they said they’d send me a ballot today. What happened to the ballot they say they already sent me is anybody’s guess.)

6 comments on “I Don’t Have My Ballot”