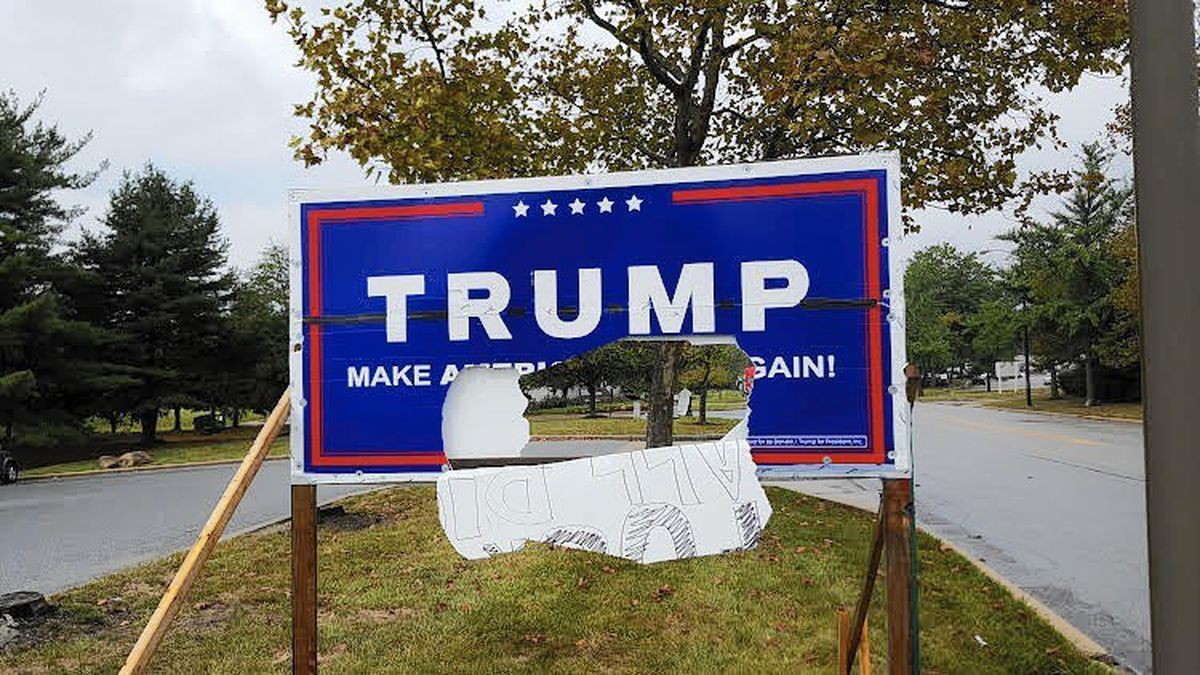 In 2016, the neighborhood where I do my bike-riding was abundantly supplied with Trump yard signs and bumper stickers–and lots and lots of American flags. But this year there are no Trump signs at all and hardly any flags.

What happened? Did all these people turn into Democrats? (Paging Lon Chaney–call your office.)

No. I’ll tell you what happened. They decided they didn’t want their property vandalized. Because the Loving Left will key your car, egg your house, dig up your shrubbery–whatever: to punish you for having an opinion that’s not theirs, and teach you not to have it.

This is America; and it used to be we all, each and every one of us, had the right to support any political candidate we damn well pleased, without fear of having crimes committed against us.

This is a right that Democrats and their lunatic munchkins have taken away from us. And we’ve let them do it. Again, who wants to have a brick thrown through his living room window? See, each of us is basically alone in this. At least we feel alone. Who’s going to defend us? So much easier just to not rock the boat.

The only way we’re gonna ever get our rights back is to put the Democrat Party out of business, forever. To defeat them so totally, to confound them so utterly, that they can never come back.

Oh, a new Evil Party will rise up to take their place. Leftism is born of Original Sin, and that’s not going away until Jesus Christ returns. But at least we’ll have won ourselves a well-earned and badly needed respite. And that’s worth something.

10 comments on “First They Trash Your Property”