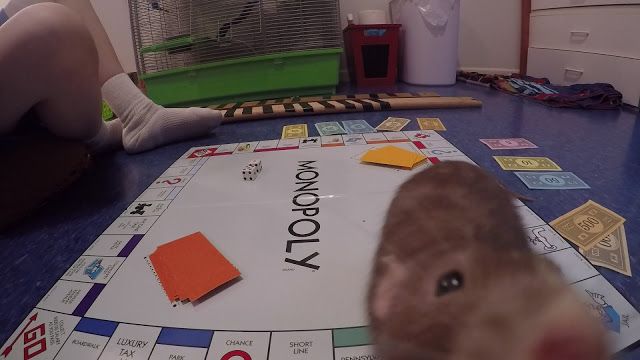 There’s a man in Xi Jin Ping City, California, who has taught his two pet rats to play Monopoly. They learned while they were waiting to vote for Joe Biden in our national election.

“Ozzie and Bozzie have gotten pretty good at this game,” says their owner, Charlie Honesty. “They can beat me almost half the time. But Bozzie has a thing about developing his property too fast, and Ozzie takes the Railroads a bit too seriously. A really smart player can skin them all the time.”

Mr. Honesty grew up on the same Indian reservation as Sen. Elizabeth Warren. “I learned a lot from her,” he recalls. “Her name was Loose Papoose back then. No one ever admitted to being her mother.”

Mr. Honesty has a goldfish who wants to go to Washington and help pass the Green New Deal. “It’s just a matter of getting her elected,” he says. “I know a lot of fictitious people who say they’d vote for her. A lot of illegal aliens, too. We all love to see a goldfish helping to shape public policy.”

His proudest moment came several weeks ago, when a lifelike cardboard facsimile of Gov. Gavin Newsom was left at his front door. Blushing shyly, he now admits, “I had him in my living room for three days before I realized that he wasn’t real! But it’s the thought that counts.”

2 comments on “His Rats Can Play Monopoly!”