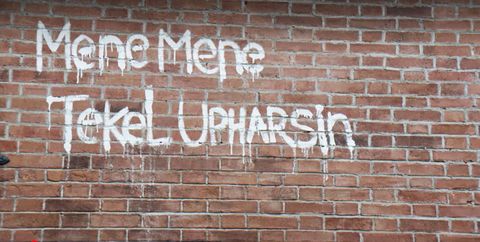 I am beginning to understand our present era as a purposeful campaign to separate the human race from its Creator–and that that’s precisely what the whole “transgender” movement is about.

We can’t at the same time be “as gods” and be creatures created by God. So The Smartest People In The World exhort us, seduce us, or force us to throw off the bands and cords of creatureliness so that we–or rather, they–can be as gods: just like in Psalm 2:

Why do the heathen rage, and the people imagine a vain thing? The kings of the earth set themselves, and the rulers take counsel together, against the LORD, and against His anointed, saying, let us break their bands asunder, and cast away their cords from us.

He that sitteth in the heavens shall laugh: the Lord shall have them in derision. (V. 1-4)

They set up idols–the state, and Science–demand that we bow down to them, and teach us that there is no God… and get awfully mad if we don’t believe them. The governor of Oregon wants to “eradicate” us. Fake President Biden says Christians are “like terrorists.” They hate us for God’s sake, and hate God for ours.

See through the scam: when they say “earthly paradise through Science and global governance,” they mean the whole kit ‘n’ kaboodle piled onto the plebs’ backs. When they say “be like God,” they mean they will be as gods and anyone who dares dissent will not do it again. It’s all for them and nothing for us. Not that we want anything of theirs! It’s all be poisoned.

The insane public policies that we endure today are all designed to estrange us from God, from one another, and even from ourselves.

And that, I think, is the lesson of the Book of Daniel.

The handwriting’s still on the wall, but self-deified dolts can’t read it.

3 comments on “‘Transgender’–Revolt Against the Creator”