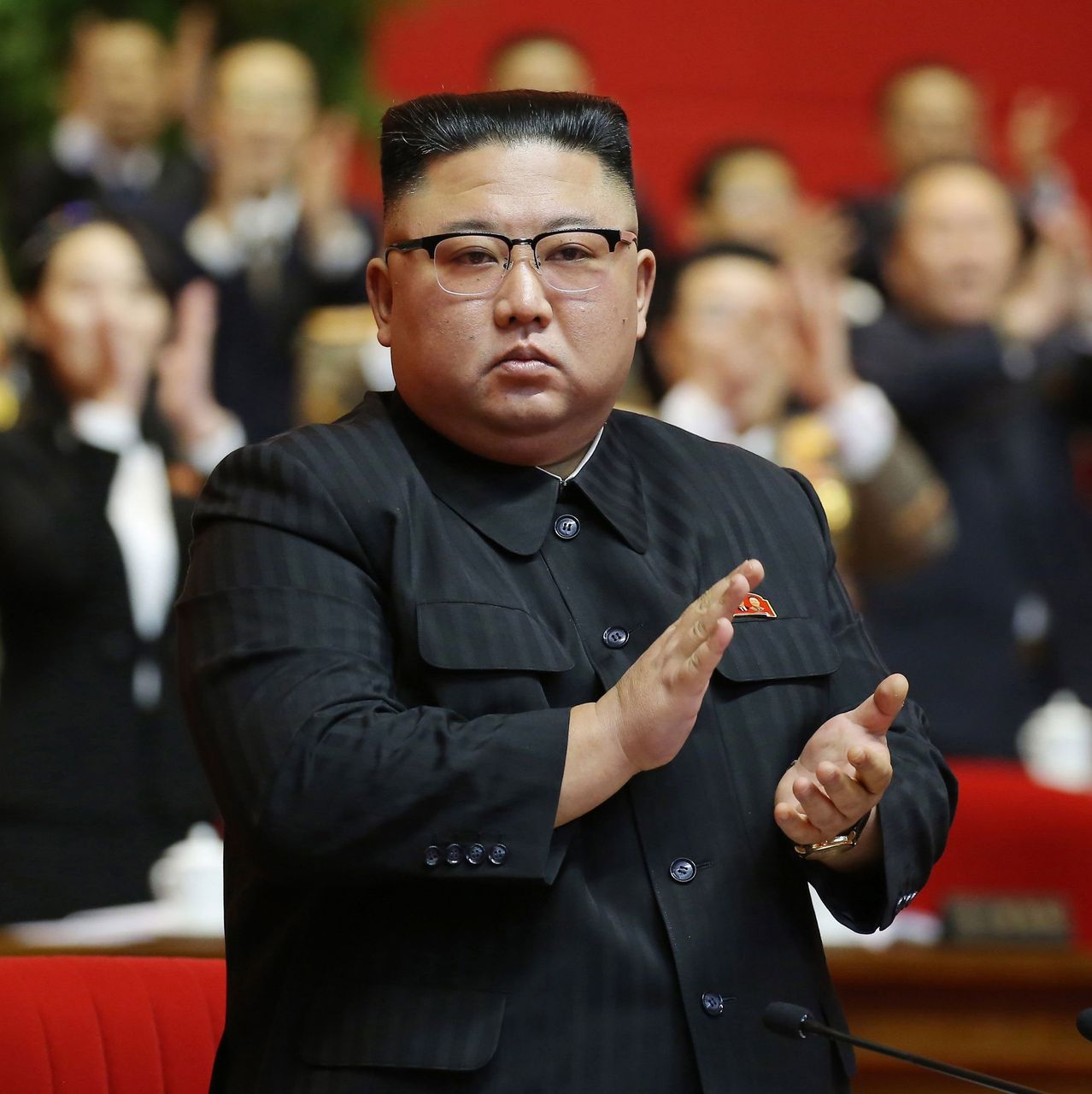 I don’t think I want to know what he’s clapping for.

Communism! An inexhaustible fountain of fun.

North Korea’s communist dictator, Kim Jong Un, got the train of chuckles rolling recently when he prescribed 15 years in a labor camp as the penalty for listening to “K-Pop”–music, videos, TV and movies produced in South Korea (https://variety.com/2021/music/news/kim-jong-un-k-pop-vicious-cancer-1234994620/). Soon this’ll be the only country in the world where you can plea-bargain down to a death sentence.

Dreamboy called K-Pop “a vicious cancer” and inveighed against the hair and clothing styles popular among K-Pop fans.

Gee. I don’t have much use for rock ‘n’ roll, but I wouldn’t kill people over it.

Oddly enough, K-Pop fans seem to be pretty far to the left themselves–more fool them. And they’re said to be highly media-savvy. I think that’s a euphemism for not knowing a blessed thing besides cyber-gizmos.

The real mystery is why libs throughout the Western world think communism’s cool and would like to have it ruling their own countries. What would ever make them think that?

One comment on “Death Penalty for… Watching Music Videos??”