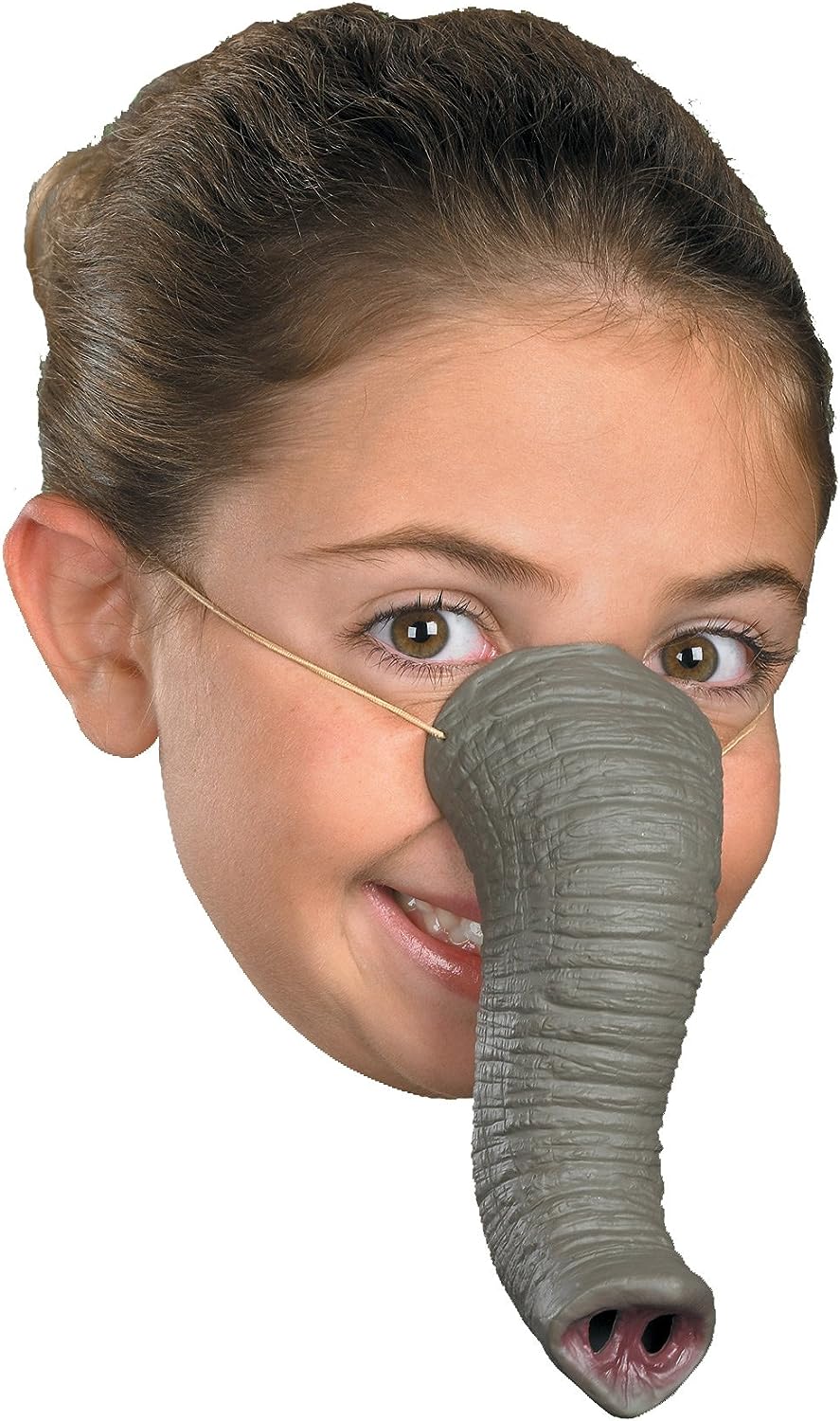 A doctor in California (where else?) has announced a breakthrough in plastic surgery which he claims will be “the next big thing in liberation from reality!”

Dr. Hobart Plotz claims to have successfully removed a patient’s nose and replaced it with a miniature elephant’s trunk.

“Just because you’ve been assigned a human nose,” he said, “doesn’t mean you have to keep it!

Critics have mean-spiritedly pointed to the string that seems to go around the patient’s head, holding a plastic trunk to the face. “Don’t listen to them!” says Dr. Plotz. “They’re just a bunch of racists! The string is purely temporary. We don’t want the trunk falling off before the surgery heals.”

Once the trunk is firmly attached, says Dr. Plotz, “Next we do the ears–and so on and so on, until the patient has completely transitioned from human to elephant.”

But why do this at all?

“Because we can!” exclaims the doctor. “Simply because we can. And of course,” he adds, “to demonstrate there’s no such thing as reality.”

5 comments on “Breakthrough! You Can Change Your Species”