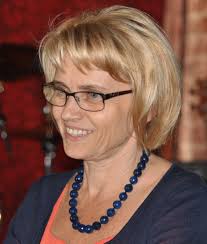 In the name of “liberation,” a new iron curtain has been lowered on the world and many Western countries are already confined within it.

Finland, billing itself as a “democracy” (how they can say that with a straight face…), a free country–has spent several years trying to send a member of its parliament to prison–yes, we said prison–for the following “hate crimes” (https://nowheadline.com/news/finnish-lawmaker-being-charged-for-expressing-her-religious-views-speaks-out-calls-the-case-dangerous/):

*A pamphlet she wrote in 2004, defending the Christian, Biblical view of marriage and sexuality

*Her appearance on a talk radio show in 2019, discussing her views on the above

Member of Parliament Paivi Rasanan faces two years in prison if convicted for “hate.” May I say that these fascists make it terribly hard not to hate them?

Finland likes to call itself a “democracy.” A United States congressman, Rep. Chip Roy (R-TX) called it “more like a woke theocracy.”

I don’t know. I read stuff like this and it makes me think, “They’re gonna need a bigger Hell.”