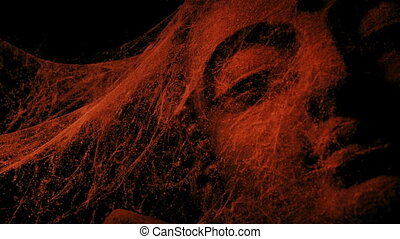 That last post gave me the idea for a dystopian novel.

Suppose the global elites could really do it–squish their minds into a robot and live forever. While the rest of us peasants grow old and die. A Bible verse springs instantly to mind: And in those days shall men seek death, and shall not find it; and shall desire to die, and death shall flee from them (Revelation 9:6).

I imagine the protagonist screaming at one of his friends, “O my God!” [What god would that be?] “That must be the ten millionth time you’ve told that stinkin’ joke! Aaaaargh!”

Enabled by their great god Science, globalist big shots have their minds inhabiting special, incredibly costly, fantastic artificial bodies. And these are virtually indestructable, so suicide is out of the question. As for going mad from boredom and frustration–well, that happened to him 160 years ago.

All he wants to do now is die–and he can’t. But almost everyone he knows is in the same boat, and life for these earth-bound, Godless immortals is nothing but a form of Hell. All pleasures have long since gone stale.

I won’t have time to write this, but maybe one of our younger brothers or sisters will.

In the meantime, don’t say God didn’t warn us.

14 comments on “Stuck in Yourself… Forever”