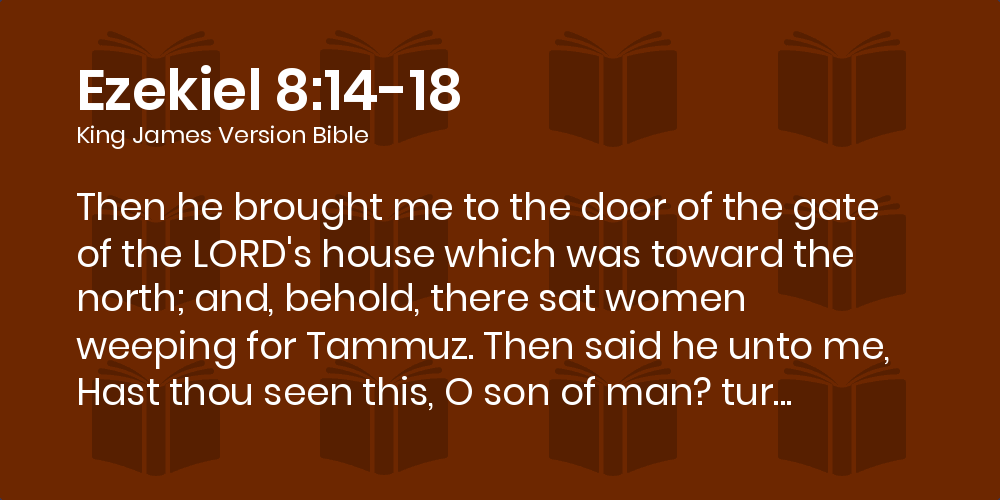 Tammuz was a pagan deity, an idol, whose worship crept into Jerusalem and reached even into the Temple of Jehovah, as told in Ezekiel 8. In those days in Judah, the right worship of God was corrupted by “going along to get along” with paganism.

We don’t have Tammuz anymore, but we do have plenty of idols. “Science.” The state. Celebrities. And Abortion (!), aka “Women’s Health,” “Reproductive Rights,” and “Choice.” And now that the Supreme Court has knocked it down as law for the whole country, kicking it back to the states, there are plenty of wackos out there literally weeping (and cursing and screaming) for this heathen idol. Just like they used to weep for Tammuz, before the destruction of Jerusalem.

But look at it this way.

If you abort a whole generation of babies, there’ll be no one around to have you euthanized the moment you miss a step.

15 comments on “Abortion as Self-Defense (Are They That Crazy?)”