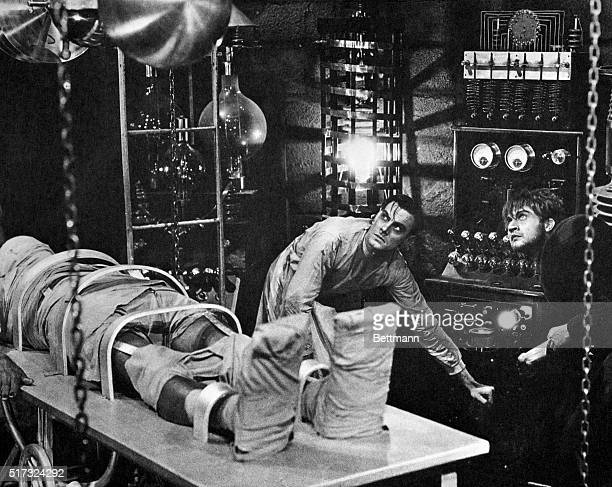 The Daily Mail has broken a story about a government lab in Maryland where, uh, “scientists” have been working to make monkey pox more lethal (https://legalinsurrection.com/2022/10/franken-pox-government-lab-in-maryland-plans-on-blending-monkeypox-strains-together/): “the goal is to swap genes” to turn monkey pox into a killer.

We all saw how disappointed Democrats were in monkey pox as the successor to COVID-19, that would let them lock us all down again and force another vote-by-mail election. So it’s back to the ol’ drawing board to see if they can turn monkey pox into a killer–a disease no one even heard of until “scientists” started their quest for the next pandemic.

You’d think it’d be illegal to do that kind of research here; but the “scientists” have found several loopholes that have saved them a trip to China.

Think SloJo’s regime will put a stop to this?

Well, we love this movie! Really, all you have to do is provide a lot of realistic dinosaurs, and not go overboard with the human characters, and you’re home free. Dominion does all that and a bit more. I’m already looking forward to the next one! (Dinosaurs break loose, descend on Davos, gobble up the self-anointed elites right down to the last Rolex…)

Sam Neill, Laura Dern, and Jeff Goldblum are back in their original roles–and I do enjoy listening to Ian Malcolm (Goldblum) philosophize. In between chase scenes, he has the best lines in the script. I admit they probably could have done with shorter or fewer chase scenes. Or else let the dinos catch up to famous liberals and eat them. Stand up and cheer: like when the T. rex devours the sleazy lawyer in the first movie.

The theme of the story is the same Jurassic Park theme that’s been up there for us all long: scientific hubris kills. This time out we have a Big Science screw-up that threatens to wipe out human life altogether. Gee… does that sound kind of familiar? The difference between the movie and real life is that in the movie it’s Big Tech that’s going to make us extinct, and in real life it’s “gain of function” research perpetrated by Big Government. Although there’s so much overlap between the two, the distinction may not be as important as I thought.

There are a great many “quotes” from other dinosaur movies; which, if you are into dinosaur movies (like I am!), you’ll have a lot of fun spotting. Movies like The Valley of Gwangi, The Land Unknown, the original Jurassic Park, King Kong–see how many you can spot.

So many dinosaur discoveries are being made today that it’s difficult to keep up. I recognized most of the dinosaurs in Dominion, but not all of then. Every now and then I had a “What the hell was that?” moment. But that’s a small criticism.

You knew I’d dig this movie, didn’t you?