When they’re not purposely changing the meaning of words, they’re using words like confetti. It’s getting really hard to communicate with leftids.

But their favorite artistic medium is pure falsehood.

The question is, do they even know they’re lying? Even suspect it? Good grief–imagine actually believing all that stuff that they come out with.

Maybe I ought to update the list today. A lot of new booshwa has been added since I wrote this. 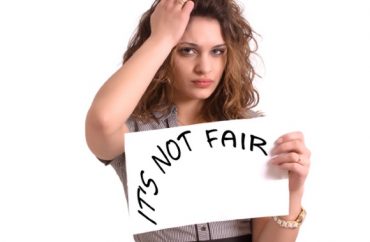 Does it seem to you, as it seems to me, that just about every “threat” or act of vandalism made against a Far Left Crazy collidge student or professor turns out to have been made by the supposed victim?

This latest episode is no exception to the rule. Police have arrested an Ohio University “journalism” major, 21 years old, for composing “hate mail” and death threats against herself and causing police to waste time and resources investigating them (https://www.wnd.com/2018/10/lgbt-journalist-arrested-for-sending-death-threats-to-self/). The perp is a member of the Student Senate and a “proud” lesbian–although what she has to be proud of is a well-kept secret.

Yes, this poor “survivor” supposedly received “hate-filled, homophobic threats”–heck, she wrote answers to them: answers to herself–and got the Student Senate to discuss the fake threats. She has been charged with three counts of “making false alarms,” a first-degree misdemeanor punishable by up to six months in jail and a thousand-dollar fine.

She’s still “proud,” though. In fact, she blames the Student Senate for not sticking up for her after she was exposed as a fraud. “We will all have a memory of a time when this body [the Student Senate] failed one of its own.” Sheesh. Where does pride end and delusion begin?

But hey, at least she’s got the hang of modern “journalism”! You just make it up. Surely there’s a job at CNN waiting for this fabulist.

The sages at our looniversities teach that there is no such thing as truth. Seems like she learned that lesson rather well.