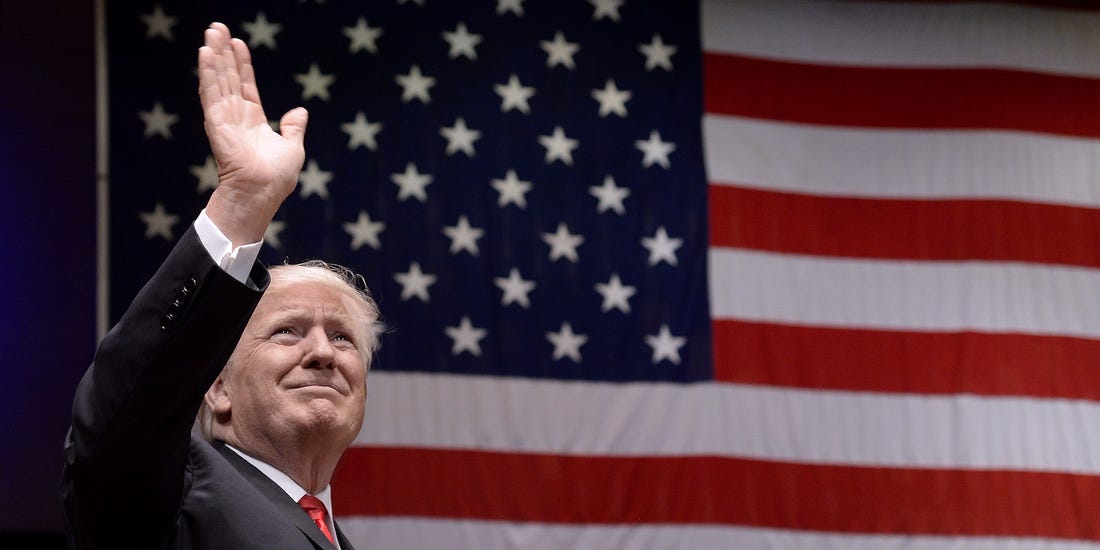 With President Trump in the hospital this weekend with a touch of the Chinese Communist Doomsday-Plus Virus, spontaneous expressions of support broke out for him throughout America.

Show me a Biden rally you couldn’t hold in a tool shed.

Mr. Trump did come out in a closed car and wave to his supporters outside the hospital in Washington, D.C.–a move which has Democrats and their pet nooze media screaming bloody murder–but most of these impromptu rallies were just that.

Is it just me, or are Trump’s supporters more fired-up than they were in 2016? I know I am. And why not? This president has earned our support. He sides with the American people against the fat-cat globalist elites. Whether it’s lopsided trade deals with China that abuse American workers, stupid Climate Change treaties that funnel power into the hands of lawyers and bureaucrats, or putting judges on the bench who actually follow the law instead of their own peculiar visions of how things oughtta be, Donald Trump has been there for us. Now it’s our turn to be there for him.

But a lot of this is the Democrats’ own fault. Every single day for four years they’ve been out for this president’s scalp. No lie is too large, no lie is too small, for them to use against him. Their hatred of him is so thick, you could slice it with a sharp knife. They have made it crystal clear that they will do whatever it takes to get themselves back into power. Even if they have to wreck our republic to do it.

They are totally unable to understand that normal people don’t like riots, Antifa, transgender, gigantic tyrannical government, flag-burning, separate national anthems for oppressed millionaires, cancel culture, open borders, and all the rest of the De Lux Democrat Fun-Pack. Noozies don’t get this, either. That’s why you see “polls” that tell us Joe Biden is Double-Digits Ahead Of Trump!

As the election looms, the Far Left Crazy’s only hope is voter fraud. Meanwhile, their pet noozies do everything in their power to swing the election Biden’s way.

You know they’ve got dirty tricks up their sleeves, and plenty of them.