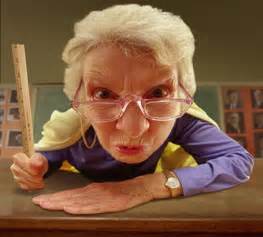 Every time I get myself geared up for a healthy breath of postmillenial optimism, along comes a story like this.

Across the Atlantic in Britain (which means it’ll be coming our way pretty soon), the National Union of Teachers–dig the acronym: NUT–has voted to teach very young children in nursery schools, some as young as two years old, about same-sex “relationships” and transgenderism (http://www.dailymail.co.uk/news/article-4419808/Give-nursery-children-lessons-sex-relationships.html#ixzz4eZNdLQUn).

The NUTs say this is necessary, to “challenge homophobia and transphobia” and combat “hate crimes.”

Gee, you would think Britain was knee-deep in sodomites being tossed off the roofs of tall buildings by guess-who, along with angry mobs of peasants with scythes and pitchforks chasing after poor little transgender whatsits. Actually, the NUTs give no evidence whatsoever that “hate crimes” are a problem in Britain. No facts, no figures, no nothing. Just take their word for it so they can teach your two-year-old son that he ought to try being a girl for a while, he might like it.

Of course, libs and progs and gay activists never, never, never have to prove anything they say. It would be a hate crime in and of itself, to demand they prove their point.

OK, Britain, you tell us–why is this a good idea? Why do you just sit there and put up with it?

Well, all right, you did manage Brexit and that was a big job, well done. Maybe this ought to be the next order of business.

Because these loony “teachers” of ours, all throughout the Western world, are servants of Satan (whether they know it or not–and he enjoys it most when they say they don’t believe in him) and they are killing our culture.

O Lord Our God, give us strength and courage and lead us to victory over these worse than Philistines.