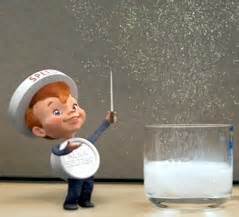 “Unknowable” had a cool idea last night: just whip up any old thing that would stretch the credulity of a three-year-old, call it “settled science,” and presto–you’ve got a liberal column.

We can do this because liberal “facts” (e.g., “Socialism really works”) are not facts at all. Denying that there’s any truth, they can’t very well have facts. Instead, there’s only whatever helps them get their way–this they label “truth”–and whatever doesn’t. They will deny that they’re denying anything, if that’s what they think they need to do at the moment.

With this in mind, we present the following eye-popping false facts, which you can trot out for any conversation and impress your hearers with your wealth of esoteric knowledge.

*That little “Speedy Alka-Seltzer” in all those old commercials was played by Katharine Hepburn.

*The Hawaiian language was only invented in 1960, in support of Hawaii’s statehood movement. Prior to that, Hawaiians all spoke Welsh.

*The world’s largest insect is the Laotian Burping Mantis–four to five feet long and weighing, when full-grown, sixty to eighty pounds.

*In the Middle Ages it was very common for men of the nobility to propose marriage while standing on stilts.

*The gall bladder is the only organ in the human body that functions equally well when turned inside-out.

There you go–run a few of these up the flagpole and see who salutes ’em. If your hearers are prepared to accept these assertions as fact, you should be thinking about starting a career in higher education, advertising, or politics.

11 comments on “Wow Your Friends with These Astounding Facts!”