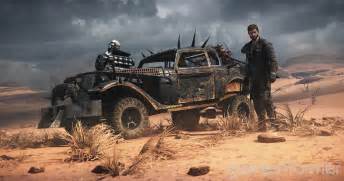 National Public Radio, funded by your defenseless tax dollars, is all hepped up over a “philosopher” from Johns Hopkins University who’s touring collidge campuses to lecture about “the ethics of procreation” and convince students–almost as defenseless as your money–not to have children when they grow up, if they grow up (http://www.npr.org/2016/08/18/479349760/should-we-be-having-kids-in-the-age-of-climate-change).

The reason we shouldn’t have children–you’ve guessed it already–is Climbit Change. Yup. Says the ol’ philosopher, “Dangerous climate change is going to be happening by then (2036)” and we’re all gonna die as extras in the world’s biggest Mad Max movie. “Maybe we should protect our kids by not having them,” says he.

Oh! And no policies proposed by governments so far, he says, will solve the problem: much more “drastic cuts in carbon emissions are needed.” So you’d best all learn how to live like 12th century Ethiopian peasants, unless you’re one of the sages and leaders who have to rule the world. Then you can keep your air conditioners. And your private jets, limousines, yachts, and mansions. Philosopher-kings are entitled to these luxuries.

This comes on the heels of Australian temperature readings plummeting some 10 degrees just by removing the “smart cards” that “filter out” all the low temperatures that scientists don’t want to see. Out of sight, out of mind.

They just don’t stop, do they? They keep on trying to scare us into giving them gigantic new powers to control our lives and bigger and bigger gobbets of our money. But this is only what we should expect from leftid blowhards who declare there’s no such thing as objective truth.

If there’s anybody out there who thinks this spiel is not satanic–think again.

4 comments on “We Have to Destroy the Human Race in Order to Save It?”