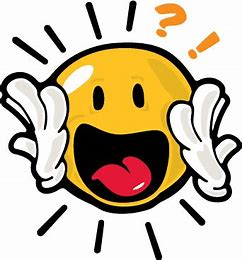 A couple of my chess buddies are trying to teach me how to do this. Can they succeed, where several generations of intelligent, good-hearted persons have failed?

Well, let’s see… If this works, one of jessicafischerqueen’s fire-eating comments should appear in the space below. Fingers crossed.

I think you should provide the source link for your analysis.

On the same topic as above, if you look on the link I just posted, there are only three comments, but all three are strongly against the idea of taking down the portraits of white men.

I tell you the silent majority will show up at the ballot box and in numbers. This Stalinist cultural revolution will destroy itself before it destroys western civilization.

You heard it here first- these outrages will increase in idiocy and violence leading up to the next presidential election, and the Republicans will win in a landslide.

“I tell you it was just terrible…”

This is one of the dangers of attempting to obliterate history- you may get caught up in the obliteration.

All totalitarian political movements attempted to, and continue to attempt to, erase history.

“Year zero” is their eternal goal.

This is true of <Mao, Stalin, Hitler, Pol Pot, Ho Chi Minh, Enver Hoxa, Fidel Castro, ISIS, and the boneheads in charge of the lesbian gay trans idiot white-hating anti-Christian pro-Islamic coloured disabled and transdisabled who get elective surgery to disable themselves because they identify as cripples movement.>

If Egypt were in the United States, these morons would be hysterically demanding that the pyramids should be destroyed because the work force involved slaves.

I wonder how long it will be before students begin claiming that they “self-identify” as stupid? This way they can avoid taking responsibility for their terrible marks in Collidge.

“I should still get this great job even though my marks suck, because I self-identify as stupid.”

Young people who are too lazy to do even that much can self-identify as Kangaroo Rats and live in peoples’ homes as pets.

Holy moly! It worked! And I had better go lie down.

2 comments on “A Learning Experience”