It’s OK to be Racist if You’re a University 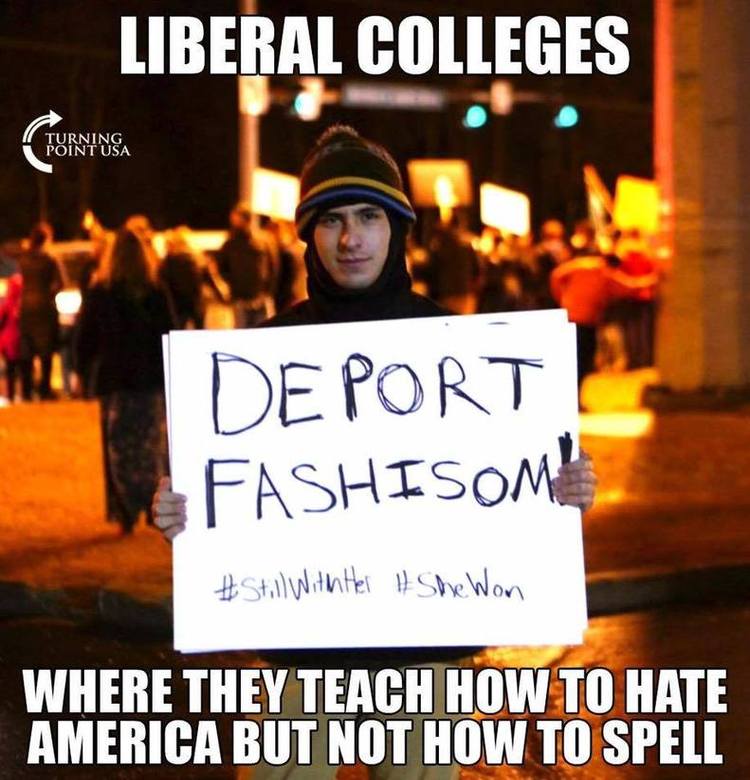 Don’t you just love the way our looniversities use language? We haven’t seen anything like it since the Tower of Babel.

At California Polytechnic, “Diversity Action Initiatives” are being put into play to reduce the number of white students. This is done by the school’s Office of Diversity and Inclusion (https://www.campusreform.org/?ID=11111).

The looniversity brags that in 2011 white students were 63% of the student body, but in 2017, less than 55%. And they’ll keep on “culling” white kids until they can say their student body reflects “the demographics of California.”

All right, I’m listening: tell me how this is not a racist policy. Go ahead, give it your best shot.

Meanwhile, the school plans to add “pre-enrollment diversity training,” whatever the hell that is. Probably some scheme to make students’ minds right. More expensive than a sweat box, but still effective. If it wasn’t making students visibly more disturbed and addled, they wouldn’t do it.

Hey, if people really want to send their sons and daughters to a school like that, it’s their business. But why should any public money be poured into an actively racist institution? Why do we have to keep paying them to screw up our country?

De-fund the universities. All of them. Now.

I have lived in Metuchen, NJ, all my life. I have been married to my wife Patricia since 1977. I am a former newspaper editor and reporter. I was also the owner-operator of my own small business for several years. I wrote various novels and short stories published during 1980s and 1990s. I am a long-time student of judo and Japanese swordsmanship (kenjutsu). I also play chess, basketball, and military and sports simulations. END_OF_DOCUMENT_TOKEN_TO_BE_REPLACED
This entry was posted on Wednesday, July 11th, 2018 at 1:22 pm and tagged with "inclusion" means exclusion, Cal Poly Diversity Action Initiatives, college as a waste of time and money, diversity means uniformity, diversity training, how college hurts america, liberal racism, liberals vs. America and posted in news, Public Education. You can follow any responses to this entry through the RSS 2.0 feed.
« ‘The Green Ember’: A Fantasy Fit for Kids to Read
Uh… Are You Sure About That? »