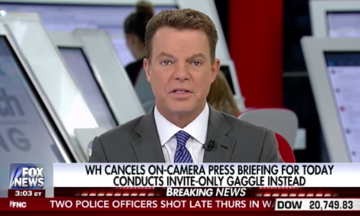 So it turns out–according to nooze media motormouth Chuck Todd–that there’s been a vast right-wing conspiracy to discredit our crusading-for-truth nooze media, and we only despise them because Roger Ailes and Fox News tricked us into distrusting the media, and Hillary shoulda been president but we got tricked out of that, too, blah-blah-blah (https://www.theatlantic.com/ideas/archive/2018/09/its-time-for-the-press-to-stop-complainingand-to-start-fighting-back/569224/).

Anyhow, blabs Todd, it’s time for the media to “fight back” against “the campaign to destroy the legitimacy of the American news media,” because the “hatred was artificially stoked” (we’re supposed to love them!) by “exploiting the fears of older white people” who are just too ignorant and deplorable to reward the noozies with their due degree of veneration, etc. There’s a limit to how much of this bilge I can read on a hot day. Note they never miss a chance to play the race card.

Anyone who portrays Hillary Clinton as honest doesn’t deserve to be listened to. Not for a minute.

They still cling bitterly, as former President *Batteries Not Included would say, to their core belief that the natural default position of any sane human being is Far Left crazy, and that’s where we’d all be if it weren’t for Fox News and Lex Luthor or some other super-villain tricking us into being conservatives.

Guys, we only loath you because you’re loathsome.

May we live to see them all go out of business.

6 comments on “Pure Crapola from the Nooze Media”