Now Your iPhone Is Spying on You 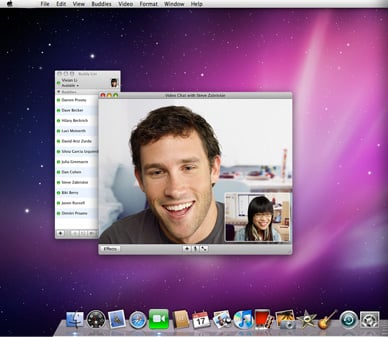 Not for me, thank you

Most of you will understand this better than I can, but suffice it to say an “Apple FaceTime bug lets others spy on you” and “lets users secretly listen in through someone else’s iPhone when a call is placed–even though the recipient hasn’t picked up the call” (https://www.ajc.com/business/personal-finance/apple-facetime-bug-lets-others-spy-you/UVNEMRdFH8i7hTjqVEEp1K/).

My phone hangs on the wall and only handles phone calls.

Apple had to disable GroupFaceTime on Monday night and is working to fix the problem. Until it does, “the best defense” is to turn it off–a complicated procedure which I couldn’t do to save my life.

I wouldn’t have a job without our high technology, but really–is there no such thing as too much technology? I think there is. Do we truly have to have all these gadgets spying on us? Is that really where we want to be?

There are people out there who want to set up a global government with themselves in charge of it. They will use our technology to advance their enterprise. These are not nice people, these are not angels or saints or sages. We need to defend ourselves from them.

Psalm 2 springs to mind: “Why do the heathen rage, and the people imagine a vain thing? The kings of the earth set themselves, and the rulers take counsel together, against the Lord, and against His anointed, saying, Let us break their bands asunder, and cast away their cords from us.

“He that sitteth in the heavens shall laugh; the Lord shall have them in derision. Then shall He speak unto them in His wrath, and vex them in His sore displeasure.”

I wonder if He’s going to stop laughing soon.

I have lived in Metuchen, NJ, all my life. I have been married to my wife Patricia since 1977. I am a former newspaper editor and reporter. I was also the owner-operator of my own small business for several years. I wrote various novels and short stories published during 1980s and 1990s. I am a long-time student of judo and Japanese swordsmanship (kenjutsu). I also play chess, basketball, and military and sports simulations. END_OF_DOCUMENT_TOKEN_TO_BE_REPLACED
This entry was posted on Wednesday, January 30th, 2019 at 2:01 pm and tagged with anti-human humanists, Apple FaceTime, Apple iPhone spies on you, gadgets that spy on us, global government, psalm 2, too much technology and posted in news, religion. You can follow any responses to this entry through the RSS 2.0 feed.
« By Request, ‘This Is My Father’s World’
Glamorous Baby Goats »

5 responses to “Now Your iPhone Is Spying on You”