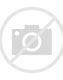 Some 150 people in Medicine Hat, Alberta–including 22 members of a high school orchestra–were arrested last night on charges of cultural appropriation, under a new “protocol” adopted by the Justin Trudeau regime.

“Beethoven was German,” explained Elliot Mess, captain of the city police Bias Response Team, “and that makes his music German. Those people we arrested, they weren’t Germans. None of them. That makes them guilty of cultural appropriation. The fact that it was only a high school band concert is immaterial.”

“I didn’t know it was against the new law for us to play Beethoven’s music!” said 16-year-old violinist Liu Chia-Hui. “I love Beethoven! We all love Beethoven! His music belongs to all the world!”

“Wait’ll he tries to sell that line in sensitivity training,” said Mess. “He’ll wish his father never met his mother.

“Cultural appropriation is a form of hate. If you are not German, listening to German music, or performing it, is an act of anti-German aggression. It’s taking something that does not belong to you. That little smart-aleck Liu should’ve stuck to playing Chinese music–and on Chinese musical instruments only!”

Music teacher and band conductor Deirdre O’Connor, also arrested, “is in for a really hard time,” Mess said. “We’re not going to go easy on the ringleader!”

“We won’t stop,” he added, “until all of Canada is 100 percent hate-free! And there’ll be no more cultural appropriation.”

17 comments on “Busted! For Cultural Appropriation”