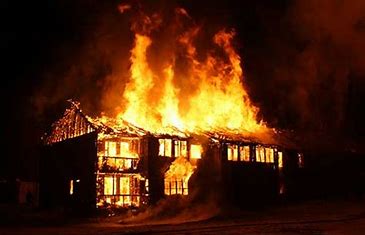 They couldn’t put it out–but who cares, as long as the fire chief supports gay marraige?

If you’re not on board for “gay marriage,” you shouldn’t be allowed to earn a living–right? I mean, this is America, its whole reason for existing is to promote gay-ness…

So the mayor of Atlanta fires the city’s fire chief because the guy publicly asserted (in a book he co-authored) that marriage consists of a man and a woman.

Now it consists of a couple of Buttagigs. A couple of anything. And don’t you dare say it doesn’t, or the Loving Left will sacrifice you to their god, Satan.

Let me say it for the record: “Gay marriage” is a satanic enterprise and a spiritual pollution for which nations that practice it will suffer. It is an evil innovation that has come along only in my own lifetime and which would be horrifying and totally incomprehensible to the human beings inhabiting thousands of years of history.

But if the choice is between a fire chief who can put out fires, and one who can’t, but is on fire for “gay marriage”–well, having your house burn down seems a small enough sacrifice to make, doesn’t it?