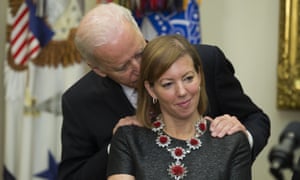 Auditioning for the remake of “Dracula”?

Former Senator Chris “Waitress Sandwich” Dodd has joined the committee to select Gropey Joe Biden’s running mate (https://nypost.com/2020/04/30/biden-names-committee-to-select-2020-campaign-running-mate/). It’s kind of an important choice because Joe is already out to lunch more than half the time and could conk out within days of his inauguration, thus making his vice president the president.

Biden has declared that his vice presidential pick will be a woman or “a person of color.” (Do “trans-women”–aka “men”–count?) Like, those are the qualifications that matter above all others.

Do these people understand what a president is, and what a president does? (Hint: No. Or if they do, they don’t care.) Do they think the election of a President of the United States is like a high school popularity contest? Do they think every identity group deserves a shot at being represented by the honcho in the White House? “Like, okay, we just had a woman of color as president, now we have to have a gay man with a speech impediment…” So are they saying any woman can be president? If not, then what the dickens are they saying?

When it comes to the Democrat Party, the only thing you can be sure of is that they want power and will do just about anything to get it. And they don’t care who they trample, getting there.

2 comments on “They Don’t Care Who It Hurts”