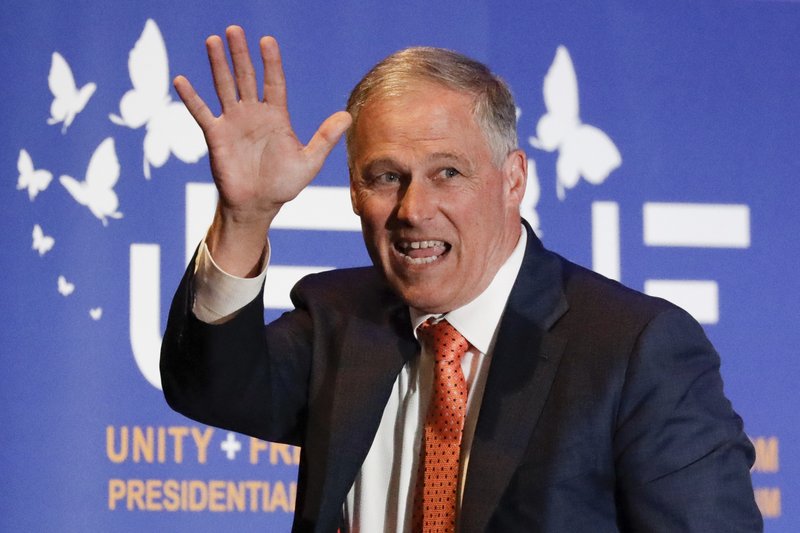 Democrat governors throughout America seem to be taking this motto literally.

Once upon a time we had “public servants.” Remember those? Now we’ve got masters.

Washington Gov. Jay Inslee has publicly complained about “insubordinate” citizens in his state (https://www.wethegoverned.com/they-cant-arrest-us-all-so-they-will-bankrupt-us-inslees-plan-to-suppress-insubordination/). They’re supposed to be subordinate to him. For Upstairs, Downstairs fans, this would be like Mr. Hudson the butler ordering Lady Margery to take out the garbage.

Inslee’s mightily cheesed off at the Snohomish County sheriff for not carrying out his plethora of lockdown mandates and wants him recalled from office. There’s no room for properly legislated laws in Mandateistan. And because he can’t count on the sheriffs lately, he has ordered his state Dept. of Labor and Industry to enforce his mandates, threatening small businesses with $10,000-a-day fines for noncompliance. He ordered this radical change in L&I’s function without any debate or public hearings. Louis XIV couldn’t have done it better.

Another one of his bureaucracies, not too long ago, got snookered for “hundreds of millions of taxpayer dollars” by a Nigerian fraud ring. You’d think anybody, by now, wouldn’t fall for one of those scams. Gov. Inslee is angry because this resulted in some of his insubordinate citizens making jokes about him. Ah, well, easy come, easy go.

What strange new mutated kind of America have we become, when governors can rule like 18th-century despots and not only get away with it, but be applauded for it by more than a few of their drunk-on-socialism citizens? Who more resemble subjects than citizens.

Again, shame on us.

4 comments on “Did He Say ‘Insubordinate’?”