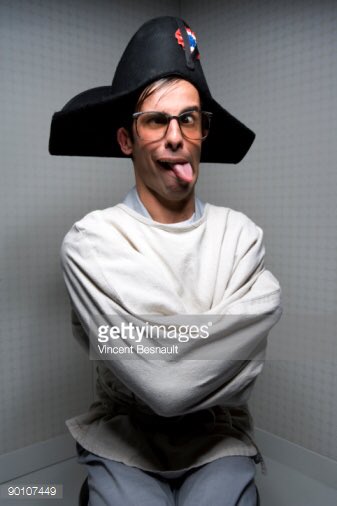 You’ve heard, haven’t you? Sanity’s out! And if you want to get in on the ground floor of the new regime, you’ve got to start with a big splash. You’ve got to get noticed! They’re looking for inmates to run the asylum–it could be you!

Start out by going trick-or-treating sometime after Thanksgiving. The experts are divided on whether or not you ought to wear a costume as you go door-to-door; they’re also divided as to which is better, doing this in your own neighborhood or someplace else where nobody knows you. Either way, you’ll get noticed! Either way, for that matter, you just might get arrested. But don’t worry about that: the regime will soon see that you’re got just the kind of talent that they’re looking for.

If trick-or-treating in December doesn’t work, call yourself “the President-Elect” and start appointing known left-wing burnouts to your non-existent cabinet. Don’t worry if hardly anyone attends your press conferences: that didn’t stop Joe Biden, did it? And don’t worry about him already saying he’s the President-Elect. He won’t notice if there’s more than one. The more, the merrier!

Don’t forget, it’s not just politics–they’re looking for nuts to take over everywhere. That’s why it’s so important to be creative. Sew your face mask onto your face! Pee on people who stand too close to you! Call the Chinese embassy and ask for Xi Jin Ping’s autograph, promising in return to become his slave for life. There’s more than one way to become a college president, a Hollywood producer, or a climate scientist!