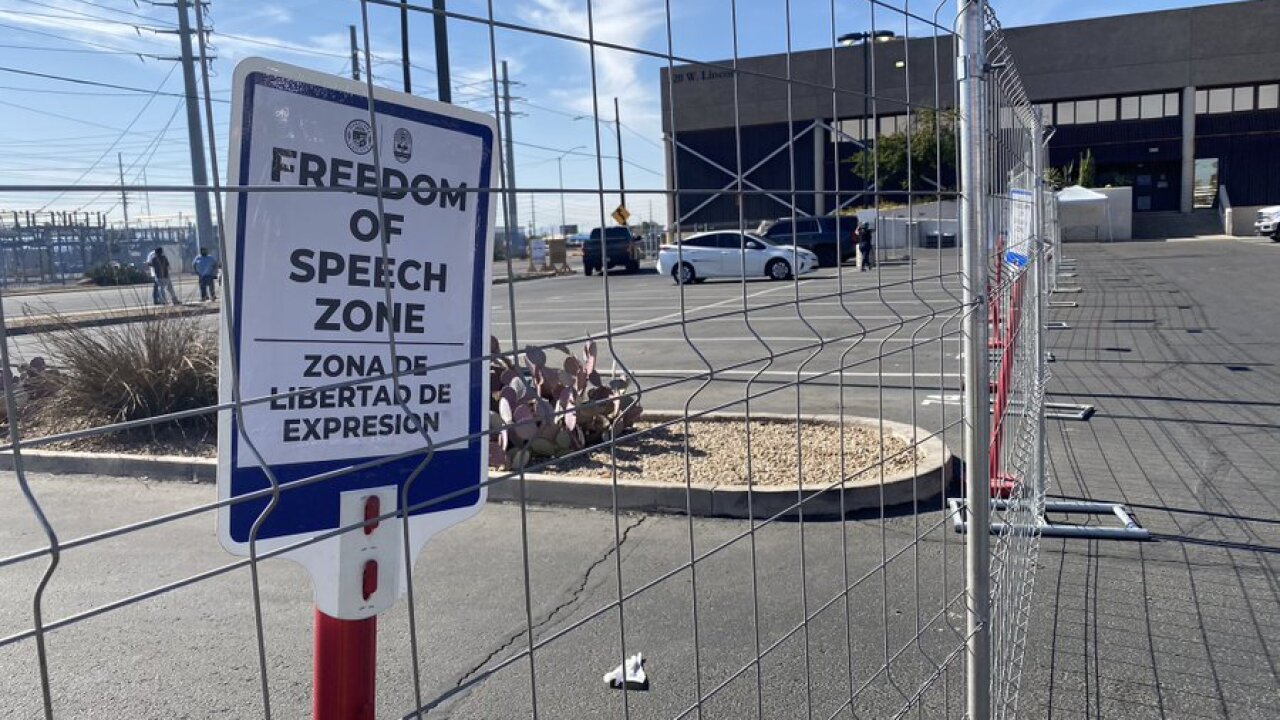 Don’t you love it? The “Free Speech Zone” is all fenced in! I’m surprised they didn’t use barbed wire and put up a machine gun and searchlight tower next to it.

Even Obama appointees Kagan and Sotomayor agreed that Georgia Gwinnett College trampled on Christian students’ free speech rights; so it was an 8-1 decision by the court in favor of the students.

Chief Justice John Roberts, whom we once believed to be a conservative, was the only “no” vote (https://thefederalist.com/2021/03/08/in-8-1-scotus-ruling-chief-justice-john-roberts-is-the-only-one-to-side-against-christian-students-whose-free-speech-was-trampled/).

The students were hassled by the kampus kops when they tried to hand out literature and talk to other students. They moved to the skool’s “(LOL) free speech zone” but got hassled there, too.

And you’re gonna love this: the college defended its actions by saying that the Christian students’ speaking freely violated the school’s “Freedom of Expression” policy. Doh!

When the students sued, Gwinnet “changed” its policy to remove “barriers” to free speech. The chief justice said that made the whole case moot. The other eight disagreed with him.

A case has to be a real slam dunk, to get those eight votes.

Does that mean the Supreme Court still has some interest, however minuscule, in preserving America as a free country?

But let’s not hold our breath.