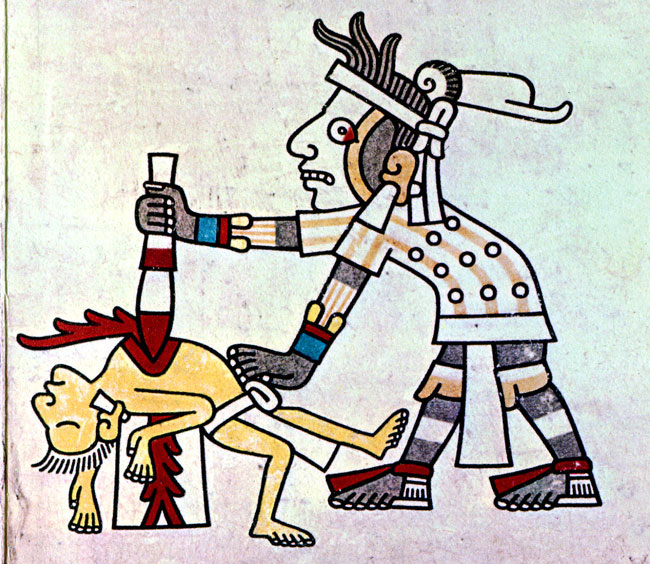 As long as it’s not the Bible, it’s okay for our schools!

If you thought that last school nooze was bad, get a load of this. No, I’m not making it up. And yes, it’s California again. One is tempted to add “of course.”

A proposed new “ethnic studies curriculum” would teach the kids that they’re all “oppressed,” they need to launch a “counter-genocide” against “white Christians,” and they should pray to the Aztec gods to give them power to become “warriors for social justice” (https://www.thegatewaypundit.com/2021/03/californias-proposed-ethnic-studies-curriculum-urges-students-chant-aztec-deity-human-sacrifice-cannibalism-calls-counter-genocide-white-christians/). Click the link if you want to read the Marxist blather that goes with it.

The California Dept. of Education is expected to vote on this scheme next week.

The chief reason that there is no more Aztec Empire is that their “gods” were bloodthirsty idols that demanded tens of thousands of human sacrifices a year. The Aztecs’ neighbors got rather vexed at being dragged off to have their hearts torn out for this or that false god.

The question must be asked: are our nation’s “educators” in general, and California’s in particular, all stark, raving mad? Next question: Why do we tolerate this? Why do we tamely pay our taxes for it? Why do we continue to send our children to these schools to be taught such wicked nonsense? Maybe we’re the ones who are crazy.

Far Left Crazy is pulling out all the stops to destroy our country. This is war, and we must win… if we want to go on living. No schiff, this is really getting serious. Our public education system has become an existential threat to our nation’s survival.

Pull your kids out NOW.

16 comments on “California Schools to Teach Worship of Aztec Gods”