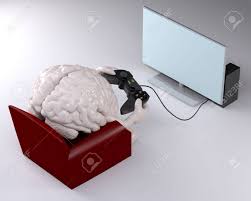 (Thanks to Susan for the nooze clip)

Well, this is the kind of nooze that makes me want to just throw up my hands and dial 911 to God. “This is too much, Lord! Please rescue us!”

The Smartest Idiots In The World want to take the human race back to the drawing board for a do-ever, this time by themselves instead of God. There’s this NGO called “Welcome Leap” that’s received tens of millions of dollars’ worth of funding so they can do experiments like “the Thousand Days Project”… in which they experiment on babies to see if they can tailor brain development to mean technocracy’s needs.

Oh, they do love the Pandemic! Why, you can build a whole technocratic society on it–absolute rule by Smart Idiots! You go from mandating universal “vaccines” to quickly cooking up rNA “therapy” for every disease you can think of–all right away, all at once, none of this old-fashioned waiting around for a long term to see the long-term effects. Bill and Melinda Gates have put up some of the dough for this, so it’s got to be good!

And while we’re all getting, ahem, “vaccinated,” that would be a good time to implant microchips in us for whatever reason The Great God Science thinks is a reason.

He that sitteth in the heavens shall laugh (Psalm 2:4)… and when He’s done laughing at you muttonheads, watch out.

8 comments on “‘Transhumanists Want to Digitize Your Baby’s Brain’”