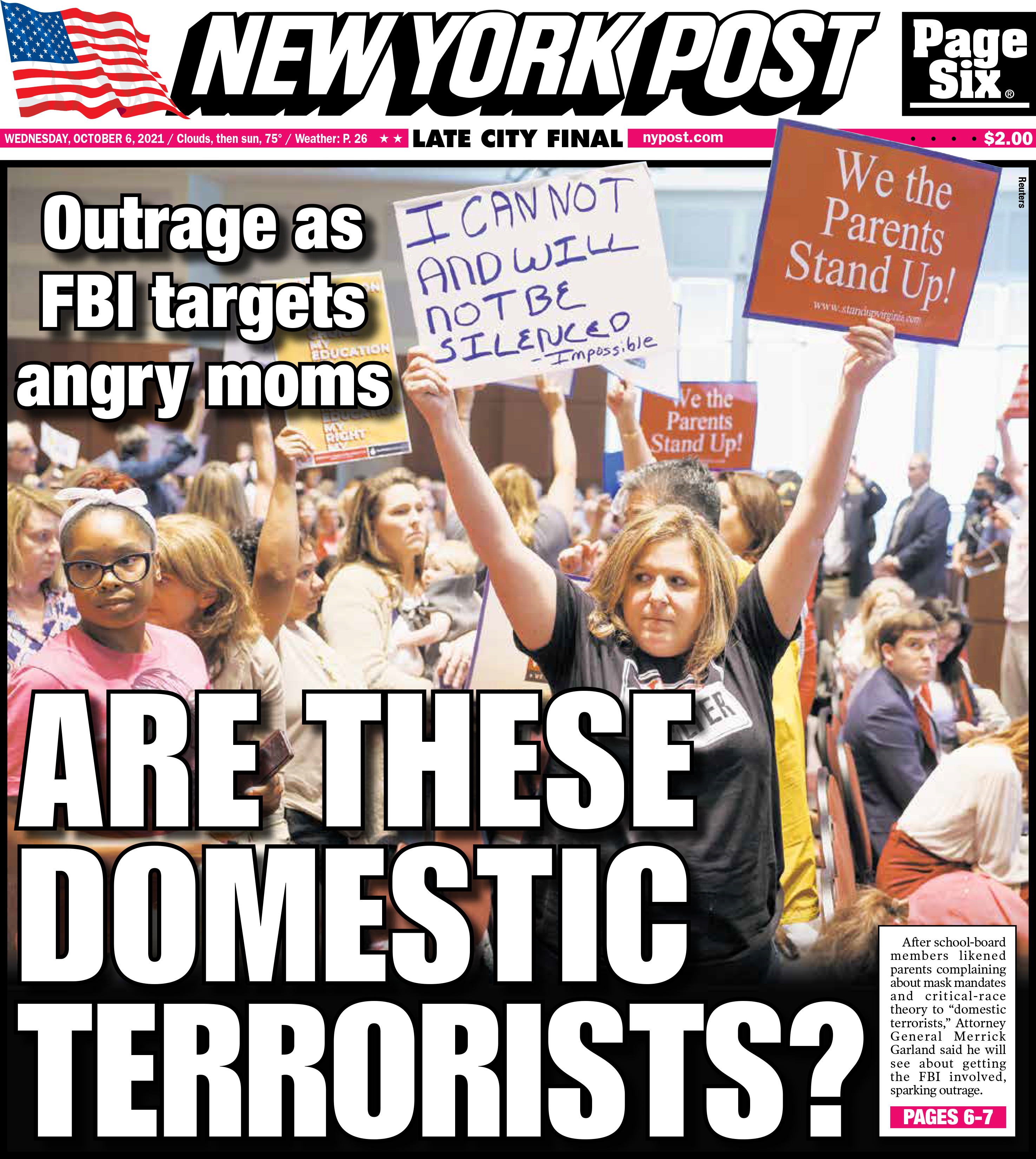 Just so you know…

The National School Boards Assn. has admitted colluding with “senior White House officials” to draft a now-infamous letter to “President” Joe Biden–which the government used to justify sending FBI agents to local school board meeting to spy on parents (https://miamistandard.news/2022/05/21/national-school-boards-association-admits-to-colluding-with-biden-administration-on-domestic-terrorism-letter/).

Why spy on parents? Because the letter accused parents of “threatening” school board members.

How did they “threaten” board members? Mostly, it seems, by speaking out against wildly unpopular and outrageous school board policies: most notably, continued use of face masks, reluctance to open closed schools… and the “teaching” of Critical Race Theory (“All white people are racists”), transgender propaganda, and “queer” studies.

So the NSBA asked the federal government to have parents who didn’t like their policies branded domestic terrorists. And the so-called Justice Dept. was swift to cooperate.

This news did not endear school boards to the communities they supposedly represent. After the story got out, 27 state school board associations seceded from the NSBA.

Now they’re blaming the infamous “Letter” on an interim CEO and saying only a very few of the NSBA’s board of directors knew about it. A new CEO disavowed the whole episode: “The NSBA does not seek or advocate for federal law enforcement intervention at local school board meetings.”

Yeah! It was all that interim guy’s fault! Honest, we didn’t know what he was up to.

One comment on “School Boards Assn. Admits Colluding with White House Against Parents”