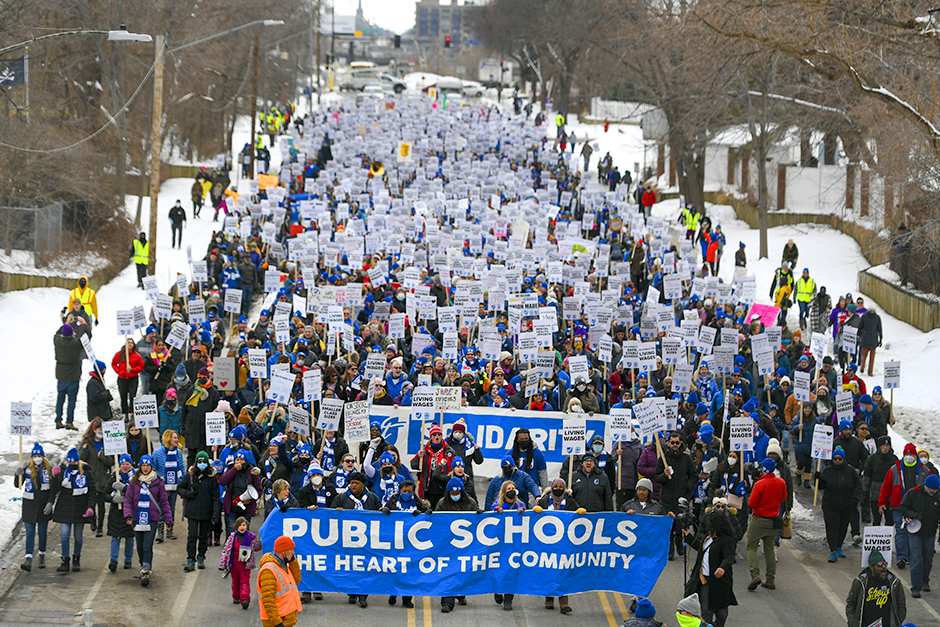 “Heart of the community”–unless you’re white

So they had a two-week teacher strike back in March, but now they’ve kissed and made up and the Minnesota Federation of Teachers and the Minneapolis school district are about to sign a contract.

For years and years, pretty much everywhere, whenever a district had to lay off teachers, it went according to seniority: last in, first out.

This contract will call for laying off white teachers first and re-hiring them last. Because they’re white. (https://alphanews.org/minneapolis-teachers-union-contract-calls-for-layoffs-of-white-teachers-first/) And because it’s so important to punish somebody, anybody, for something done by other people some time ago!

Attorneys have warned the district and the, uh, “teachers” that the proposed contract violates both the U.S. and the Minnesota constitutions. No one’s listening. It’s flagrant racial discrimination, but no one cares. It’s white liberals exercising virtue that other people have to pay for. They call it “Educators of Color protections.”

This is what they “teach”? This is the example they’re going to set for the children in their classrooms?

Why do we put children into their hands? Would someone please explain that?