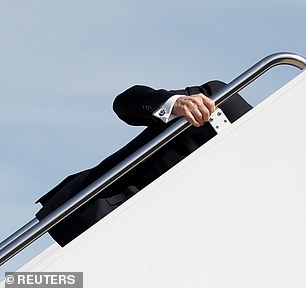 I heard on the radio this morning that SloJo is gonna give a major speech today on “America’s soul.” Holy cow. Found it in print now, too: he’s gonna talk about a “battle for the soul of America” against those evil “semi-fascists” and “domestic terrorists” who support Donald Trump and the MAGA movement (https://www.nbcnews.com/politics/joe-biden/biden-give-prime-time-speech-battle-soul-nation-stepped-attacks-republ-rcna45766). Tens of millions of us.

Didn’t they once upon a time package this doddering moron as “a uniter, not a divider”? Maybe he should look up north and try to learn something from his Canadian counterpart, Prime Minister Justin Trudeau… who is senile without being old.

Trudeau says Canada has seen “increasing threats” against politicians and blames it on “anxiety over Climate Change.” Blame it on the Bossa Nova. He has somehow resisted the urge to denounce half his country’s population as an “extremist threat to democracy” (Biden’s words, not mine).

How in the world do great big important countries wind up being ruled by these fumfering idiots? I’ll bet if they opened Premier Xi’s head they’d find a lot of carpet beetles in there, too. Good grief. Imagine if we had this crowd during World War II instead of Churchill, Roosevelt, DeGaulle, et al. Can you say “Sprechen Sie Deutsch?”

Is this an indication of just how mad at us God is?