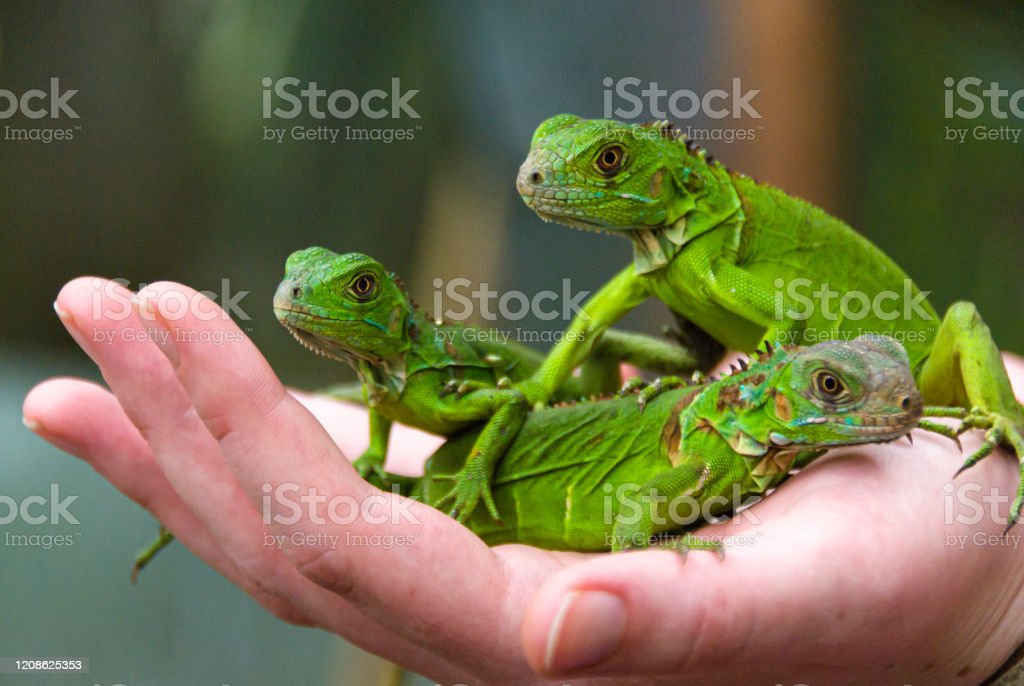 This is Good Friday, and our blog will observe it by not covering any of the nooze today. Hence the video of the baby iguana eating watercress. Aren’t they pretty little things? God’s stuff is just so good.

I’d love to raise a baby iguana again. If you do it right–and it’s easy to do it right–you wind up with a wonderful pet. If you do it wrong, you wind up with this big mean lizard who wants to bite you. A friend of mine had an iguana who bit him on the tongue. Yes, he was showing off by sticking his tongue out. Teenage boys do things like that. And the iguana bit off the tip of it. Yowch! Served him right.

But my iguana was raised right, and he never bit anybody. And if he could have purred while he sat on your lap, he would have.

I had my iguana for 17 years, and this was what he was like when I got him. If you’re thinking of adopting a baby iguana–the adults tend to be set in their ways–make sure you take the time and trouble to raise it up to be a good iguana and a good pet. They’re social animals, and they will learn if someone teaches them.

Handle your baby a lot, albeit gently, let him ride on your shoulder while you’re doing something else, feed him by hand every day, and you’ll be rewarded with an adult iguana that’s calm, peaceful, friendly, and self-assured. Mine always tried to make friends with dogs: shows you where his head was at. Throughout his life, various good women (my mother, my sister, a neighbor, and my wife) somehow wound up making nice salads for him. I was able to bring him in to school when I had an art class, so the kids could draw him and give him snacks, and he was always perfectly well behaved.

It’s true for most animals: they will respond to love and care. And they will love us back, which is one of the coolest things that God has done.