Violet Crepuscular introduces Chapter CCCL of her epic romance, Oy, Rodney, with a recipe for Nebraska Crabcakes with Colgate toothpaste. The less said about that, the better.

Our story picks up with the mysterious stranger who looks like Broderick Crawford behaving erratically. This is of great concern to Lord Jeremy Coldsore. Not only has this mysterious stranger become his rival for the hand of Lady Margo Cargo (the right hand, I think: the left was chewed off by a goat); but it’s impossible to arrest him because of his uncanny resemblance to Sir Osmund Footeball, who has friends in Buckingham Palace and it would be awkward to arrest him by mistake. “Tis a drough theever, M’Lord,” explains Constable Chumley.

While Sir Osmund contents himself with pressing his face to shop windows to frighten the customers, the other Broderick Crawford look-alike has begun to run around Scurveyshire in random directions, keeping it up until he runs into a tree. When that happens, his head makes a resounding Bong! 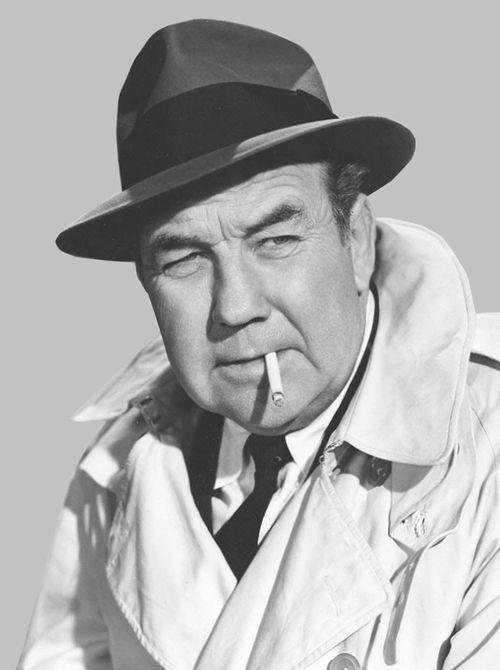 “Ain’t we gonna stop him, Germy?” asks the American adventurer, Willis Twombley, who thinks he is Sargon of Akkad. “I could shoot him.”

“Only to find out we’ve shot Sir Osmund Footeball!” cries Jeremy. “There’d be a spot of trouble over that, old boy!”

By now half of Scurveyshire is watching his maneuvers. Anyone but this stranger would be unconscious by now. And then it happens…

Bong! And this time the stranger’s forehead splits open, revealing a strange collection of gears, push-rods, and valves. He falls backward to the ground and this time doesn’t get up.

“Well dog my cats!” exclaims Twombley. “A mechanical man! Where do you suppose that came from?”

“Not from anyone who wishes us well!” expounds Lord Jeremy. “Let’s find someone to clean up the mess–while we start an investigation.”

Gotcha with that headline, didn’t I? But let’s see what’s really going on.

“I am delighted to report,” she writes, “that my ground-breaking epic romance, Oy, Rodney, has been nominated for a Pulitzer Prize! My neighbor, Mr. Pitfall, nominated it, after I treated him to some of my home-made whiskey.” We are not told what is in the whiskey.

Meanwhile, the mysterious stranger who looks just like Broderick Crawford is assiduously courting Lady Margo Cargo, the richest widow in Scurveyshire. To the acute distress of Lord Jeremy Coldsore, who is engaged to Lady Margo, the stranger has totally charmed her with a magic trick which creates the illusion that he is able to pull off the top half of his left pointer finger and re-attach it at will. Even I can do that trick, but Lady Margo has never seen it before and can’t get enough of it.

There is also bad news from nearby Plaguesby. Lord Jeremy remarks: “I knew a new pneumonia was out there.” I take this as just another unworthy attempt by the author to display a new crepuscularity.

Nothing can be done because the stranger is a dead ringer for Sir Osmund Footeball, who also looks just like Broderick Crawford. There is no sure way to tell the two of them apart, and arresting the wrong man would be politically disastrous.

“This is only one of many problems a writer encounters when transforming a romance into a serious mainstream novel,” Ms. Crepuscular confesses. “But I can’t let Mr. Pitfall down! He has his heart set on my Pulitzer.”

For those who wish to learn this fascinating bit of legerdemain, here’s how it’s done. I did it in a job interview once, but I didn’t get the job.

Introducing Chapter CCCXXXIII of her epic romance, Oy, Rodney, Violet Crepuscular writes, “I can’t believe I’ve written 350 chapters of this book–” Whoa! Did she just say 350? Her editor is going to plotz–“without introducing Sir Osmund Footeball, the local character of Scurveyshire Village. Oddly enough, he, too, looks very much like Broderick Crawford; but he is no relation to the mysterious stranger in town who also looks just like Broderick Crawford.” 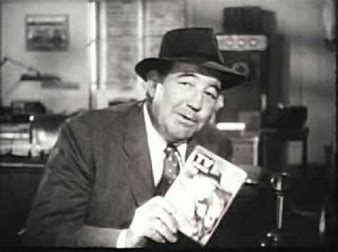 Sir Osmund’s father, Sir Ethelred “Slimy” Footeball, made a fortune blackmailing the royal family; but Sir Osmund has frittered most of it away. He became a local character by his habit of pressing his face to shop windows and making horrible faces at the customers inside. Constable Chumley, as a raw rookie, made the mistake of arresting him for this. Sir Osmund’s connections had the young constable locked up for a week. “‘Tis a whither frae nae folladew fairn,” Chumley recalls nostalgically.

Sir Osmund now supports himself by betting passersby that he will eat various insects. He is, as it were, a walking tourist trap. We are unable to detect any contribution he makes to the plot. He is, like the Matterhorn, “there.”

Meanwhile, Lady Margo Cargo is up and around again, having found her lost glass eye, but Lord Jeremy Coldsore has been unable to arrange the details of their elopement and wedding because the mysterious stranger who looks like Broderick Crawford won’t stop hanging around the front door of her opulent country house and Constable Chumley is afraid to arrest him, lest he once again mistakenly arrests Sir Osmund Footeball.

“I could just shoot him, Germy ol’ hoss,” offers Lord Jeremy’s close friend, the American adventurer Willis Twombley. But Jeremy fears Twombley might accidentally shoot Sir Osmund. Then the fat would really be in the fire.

“Beyond Vegetables” proved to be a cultural disaster, her cooking show was canceled after the first episode, and Violet Crepuscular has finally written Chapter CCCXXXI of her epic romance, Oy, Rodney.

A mysterious stranger who looks like Broderick Crawford has turned up in Scurveyshire, to seek Lady Margo Cargo’s hand in marriage (1). Meanwhile, Lady Margo is celebrating because she has found her missing glass eye. It was under her pillow all along.

“When I was young,” she confides to the American adventurer, Willis Twombley, whom she thinks is the same person as her current betrothed, Lord Jeremy Coldsore, “my mother told me that if I put my glass eye under my pillow at night, the Eye Fairy would come and leave me a shilling.”

“But then you’d be short an eye, l’il darlin’,” says Twombley.

“The fairy never took the eye,” explains Lady Margo. “Even so, half the time I forgot I’d put the eye under my pillow and I’d have to do without it for several days.” She sighs deeply. “I can never remember the things I forget,” she laments.

“You will notice a footnote pertaining to the mysterious stranger who uncannily resembles Broderick Crawford,” Ms. Crepuscular writes, in an aside to the reader. “This has been added for a scholarly purpose. Footnotes are meant to be read, dear reader, so don’t forget to read this one!”

There being nothing much more to this chapter, we shall advance to the bottom of the page and read the footnote.

“1) Among the stranger’s descendants are Fulgencio Batista, the Cuban dictator ousted by Fidel Castro. This explains President Batista’s fleeting resemblance to the America actor who used to star in Highway Patrol.”

So we can stop wondering about it.

Chapter CCCXXXII has been postponed due to bad weather.

“I could not help being inspired,” she writes, “by all those new ‘Beyond Meat’ products, which are all-vegetable dishes cunningly prepared to taste like meat dishes. This has proved tremendously popular!

“So I thought, ‘What about something for meat-eaters who won’t eat vegetables but nevertheless want meat dishes that taste like vegetables?’ Why not ‘Meatables’? Or ‘Beyond Vegetables’? I mean, I read about this on a chess website, so it must be a terrific idea!”

Here we have part of the transcript of the show. Violet is in her studio kitchen, introducing “Beyond Vegetables.”

VIOLET: In truth, creating meat dishes that taste exactly like vegetarian dishes requires much more skill, labor, and preparation than I, for one, would ever bother with and neither should you! So I will teach you a simple but effective cheat.

I have found that creating a dish whose taste is completely unidentifiable, well, that’s the ticket! If your dinner guest has never heard of the Slovenian radish or ‘that wonderful variety of cauliflower from Kenya,’ called mbumba or something, how is he going to know he’s not eating a meat dish made entirely of vegetable ingredients?

And so we experiment with a wide variety of ingredients–here you see I have peppermint toothpaste, Frothee artificial foam, red pepper, black pepper, salt, Sweet ‘n’ Low, and A-1 Sauce–until we have something that tastes like nothing anyone has ever tasted before. And voila–the cook has a triumph!

*** But her triumph is short-lived. According to local news reports, less than an hour after the show went off the air, a crowd of irate viewers assembled outside the studio and began to pelt it with stones, loudly demanding the immediate cancellation of “Crepuscular Cuisine.” Several of the viewers threatened to sue the network, claiming that family members who had sampled Ms. Crepuscular’s experimental “Beyond Vegetables” were almost instantly smitten with digestive upsets.

As for Chapter CCCXXX of Oy, Rodney, all we have, really, is a mysterious stranger who looks like Broderick Crawford nosing around the grounds of Coldsore Hall until he is chased off by squirrels.