I wish that we could gather together here.

There’s a lot to be said for a nice back porch. My family got good use out of our old back porch, at our first house. Fully screened, no problem with mosquitoes. How many night, as a boy, I lay in bed with my bedroom windows open, listening to grown-up family and friends chatting and laughing on the porch. I miss that!

Well, we don’t have a porch anymore, so we’ll have to make do with a cyber-porch. You’re all invited. We’ll be home all day.

This song is one of my earliest childhood memories. Sometimes I’d get nightmares and fantods in bed, and I would cry. My father would come and pick me up, rock me in his arms, and sing this song to me. You bet I remember the words:

“You are my sunshine, my only sunshine, you make me happy when skies are grey. You’ll never know, dear, how much I love you. Please don’t take my sunshine away.”

In case you’ve never heard anyone “play the spoons,” and wondered what it was, here’s a virtuoso street performer in Ireland.

My father played the spoons. We never knew how he’d learned to do that, nor did he teach us how to do it. I wish I’d asked. All we did was sit and marvel at him as he did it. He could also blind taste-test any pretzel and correctly identify what brand of pretzel it was. He was a connoisseur.

I just found myself whistling this antique children’s song. Remember–Oh, Dear, What Can the Matter Be? Boy, that takes me back a ways. This version is by The Cedarmont Kids.

And of course we tykes had our own somewhat more exotic version: “Oh, dear, what can the matter be? Three old ladies locked in the lavatory!” 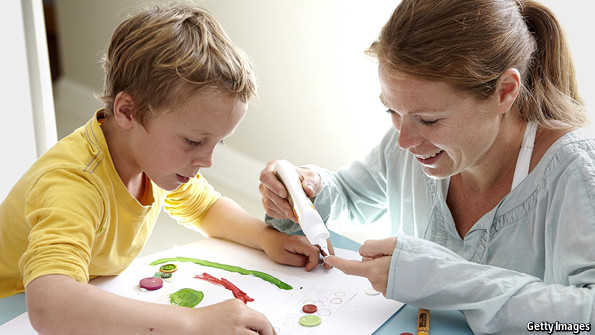 You’re not here with us anymore, having moved to your mansion in our Father’s House; but there’s one thing I want to say to you that I never got around to saying while you were still present to hear it.

When I was a little boy, I was so proud of you for doing things that none of the other kids’ mothers, in our neighborhood, ever did–although they were as young as you were.

You rode a bike, helped teach me how to hit a softball, played chess and monopoly with kids and teenagers, played with us when we played volleyball on the street with Mrs. Thomas’ hedge for a net, and sometimes taught bunches of us kids how to play the games you played as a girl (“You may take three baby steps”–remember that one?). I could’ve burst my buttons, I thought it was so cool when you did all those things. I wish I’d thought to tell you so! But I’m afraid that was one of those things that children take for granted.

Nor do I forget how you watched U.N. meetings when they used to be on public TV, with me sitting with you on the sofa, and taught me all about the assorted world leaders and their countries, who they were and what they were trying to accomplish.

I would not be me if you had not been you.

P.S.–My wife wishes me to add that she and my mother were the best of friends: “And how many wives can say that about their mother-in-law?” It’s quite true, though. Nor will I ever forget my mother advising me, after she’d met Patty a few times, “Don’t you dare let that one get away!”

Just say the name out loud: “Dead Man’s Cave.” If you’re twelve years old or so, there’s potent magic in that name.

I had heard of Dead Man’s Cave years and years before I ever saw it. Kids spoke of it in hushed whispers. Older kids had been there, and were kind of vague in their descriptions of its wonders. That only served to feed my imagination all the more. Was the cave a hideout for outlaws? Or a completely crazed murderer? I dared conjecture even farther: prehistoric animals. That’s what you’d find there, if you went in deep enough. A saber-toothed tiger, at least.

It wasn’t until I was 14 years old that I actually laid eyes on Dead Man’s Cave. And went inside. Yes, my friends and I went in!

Well, why not? I mean, it wasn’t exactly Carlsbad Caverns, was it? All thoughts of Tom Sawyer trying to elude Injun Joe among the stalactites and stalagmites evaporated from my mind.

Dead Man’s Cave turned out to be an unused, brick-lined culvert that ran under a railroad embankment. The other end was blocked by rubble, so it wasn’t very deep. Its archaeology featured beer bottles, soda cans, cigarette butts, and not very original graffiti. No sign of a dead man anywhere.

But I dare say one is all the better for having had a Dead Man’s Cave in one’s life–especially if you spend some time looking for it and never quite find it.

Because, in all fairness, how could it have ever lived up to your imagination?

Permit me this small self-indulgence.

A reproduction of this painting–Swan Lake, by Konrad Muller-Kurzwelly, a 19th century German landscape artist–used to hang in my family’s living room for as long as I can remember. And I loved it! I loved to look at it and imagine myself going into the painting, I guess to feed the swans. It always gave me a deep sense of peace.

I’m posting it here in case I should never find it again.