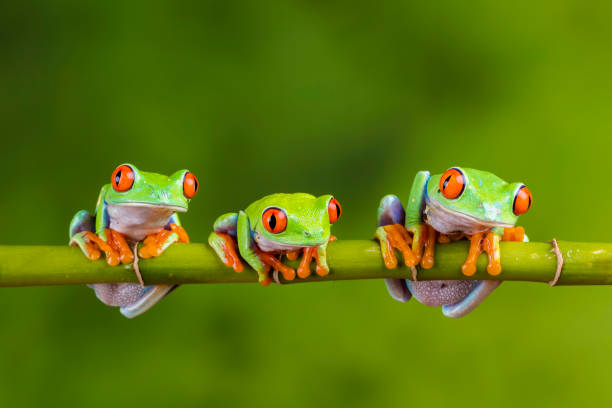 I refuse to run photos of these wretched people. Here are some nice tree frogs instead.

Matt Walsh is touring universities with his “What Is a Woman?” speech–so entitled because babbling jidrool Kitanji Whatsername, now a justice of the Supreme Court, famously pleaded ignorance when confronted with that question.

And of course his speech is being, um, “protested.” In fact, this time, “officials” at the University of Wisconsin-Madison issued an advance warning: Walsh’s speech, they darkly hinted, could be “harmful” to “the transgender community.” )https://nypost.com/2022/10/29/transgender-activists-eat-bible-pages-to-protest-matt-walsh-appearance-at-university-of-wisconsin/)

The highlight of the “protest” was some ass-hat tearing pages out of the Bible and eating them. Yo, smoothie! I triple-dog dare you to do that to a copy of the Koran. Go on, do it. But we know you won’t.

Why do we have so many colleges and universities? What purpose do they serve? Why are there so many people in them, who should be outside, living life?

Why is it permitted to make a public show of vandalizing the Bible… but woe unto you if you take down a homosexual rainbow flag.

It’s not going to be easy to answer for things like this.

Evergreen State College, in Washington–the state legislature is trying to de-fund it, but no luck so far–home of a “diversity day” that bars white persons from the campus, is in the news again.

The interim provost there has asked the school’s professors to go easy on the thugs and goons who “have diverted time and energy from their academic work… to promote institutional change and social justice” (http://www.campusreform.org/?ID=9398)–by vandalizing property, threatening and assaulting anyone who won’t agree with them, shutting down classes, and turning the campus into a combat zone.

Oh, heck, yeah, they should be rewarded for that! Good grades for all! Everybody who threw a brick through a window, or at someone else’s head–a nice big A for you!

Why don’t they just offer a degree in hooliganism?

Just cut it down.