As bad as things are now, we don’t have *Batteries Not Included in the White House anymore and we didn’t wind up with Hillary. Every day give thanks for that.

And we still have Godzilla.

The Bible tells us in no uncertain terms that God is not going to let the bad guys win. They were riding high in 2013. They had a great fall in 2016. It’s true that if we put the Democrats out of business, in a very short time another group of villains would arise to take their place. Their politics seeps out from the dark places in the human heart. This will always be with us, until Our Lord Jesus Christ sets His throne upon the earth. And then it will be with us no more. 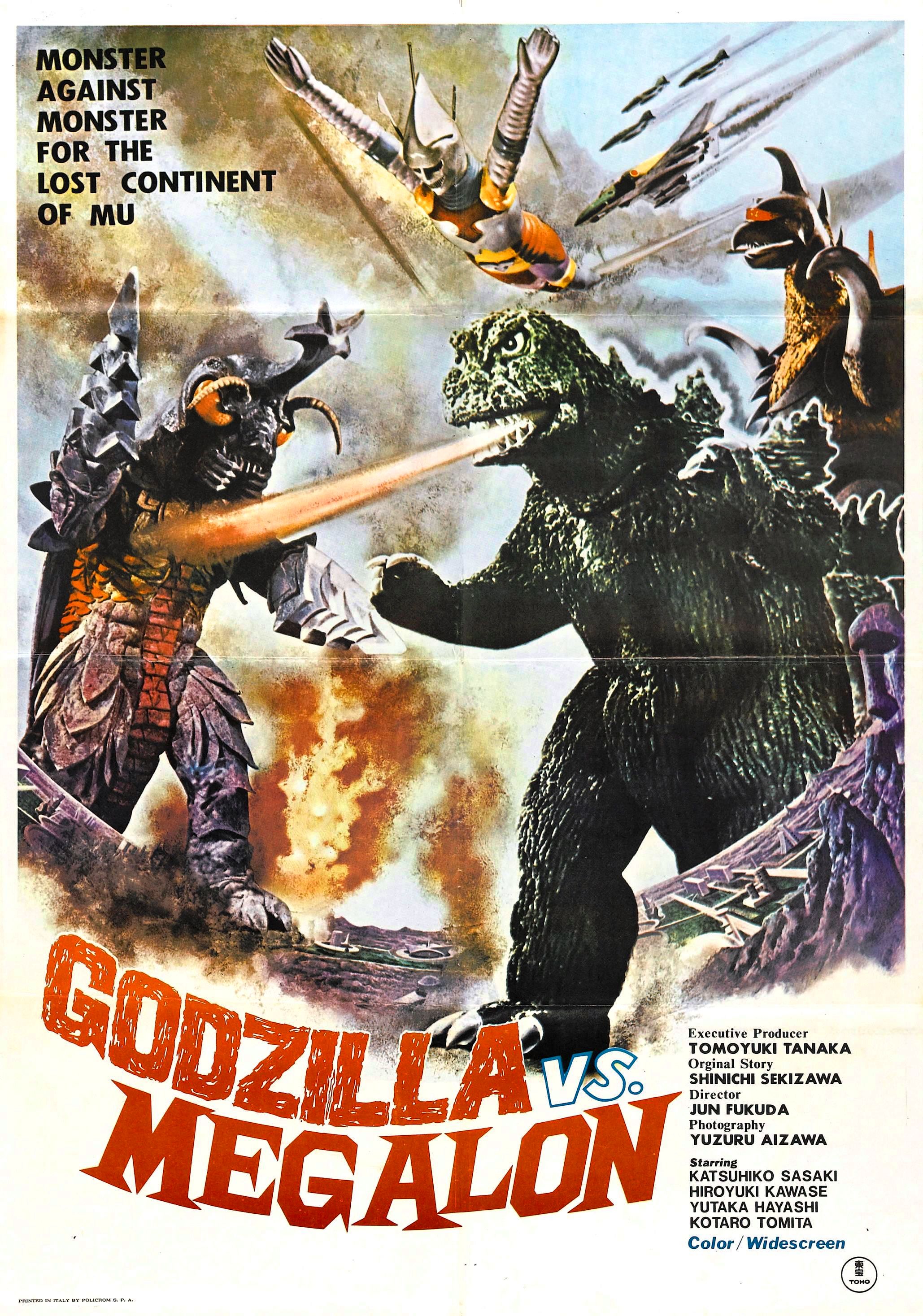 Yo! Next time you go on a picnic, be sure to take along a hand-held rocket launcher. It just might come in handy.

Here at Chez Leester, the cinematic classic, Godzilla vs. Megalon, is a day-after-Thanksgiving tradition, going back almost 40 years. What other movie can offer such a wealth of totally inexplicable situations? Like, the two guys in the garbage truck beat up and throw off a cliff the bad guy who was going to pay them for a job–and then go ahead and do the job anyway. What other movie screenplay can confidently state that the statues on Easter Island are 3 million years old?

But I don’t want to spoil it for you, just in case you decide to watch it, too.

It’s a tradition around here to watch a Godzilla movie on Thanksgiving. This year we watched Godzilla vs. Gigan, a 1972 movie that turned out to be eerily applicable to 2016.

The villains are giant cockroaches who can take on human form, and, posing as a great children’s charity, and claiming to be working for “perfect peace,” they plan to achieve it by–well, killing off the human race.

The only real obstacle to their plans is Godzilla, and they’ve recruited a couple of huge outer space monsters to take care of him. But as usually happens, the bad guys are foiled and the only thing that’s achieved is, of course, yet another destruction of Tokyo. Angry gigantic monsters really do play hob with a city’s infrastructure.

There are those who say Godzilla movies are childish nonsense. But I say, take your laughs when you can get ’em. We found on youtube a beautifully remastered Godzilla vs. Gigan, dubbed in English–and with Portuguese subtitles, no less! How cool is that? Watch this often enough, and you’ll learn Portuguese.

Beware people who control huge charitable foundations, ostensibly to benefit “the children,” and promise to bestow any form of perfection on this fallen world. And never, never vote for one of them.