Bell Mountain No. 15 won’t be called The Witch Box, after all. I’ve had to change the title.

Now it’s Ocean of Time. I have a double climax, so it was hard for one title to cover both of them. The Witch Box couldn’t do that. Ocean of Time can.

When I was writing horror novels, my New York publisher always changed my titles. Always for the better, I have to admit it: my titles were pretty bad. My Bell Mountain titles were a great improvement.

It’s not so easy to come up with a title! If you’ve got a good one, it can guide you in the writing of the story. Mystery writer H.R.F. Keating was so good at that. Your plot tends to be more coherent if the action reflects the title. In The Iciest Sin, Keating wrote about a blackmail scheme investigated by Inspector Ghote–and peppered it with incidents of not-quite-criminal blackmail, but blackmail nonetheless, practiced by people in their daily lives. Fantastic book.

So far everyone I’ve talked to seems to like Ocean of Time, and I’m home free. But I’ll still listen to suggestions, if anybody has any.

Just about the most annoying books you can read are those in which the hero is obviously a stand-in for the writer himself, and the other characters are only there to make him look good. Oh, fap!

If you’re going to do that, you might as well go into politics, where it’s expected. Capitol Hill always has room for one more fat-head.

Highly recommended: the Inspector Ghote novels, by H.R.F. Keating. You can learn a lot from these–or just kick back and enjoy them. 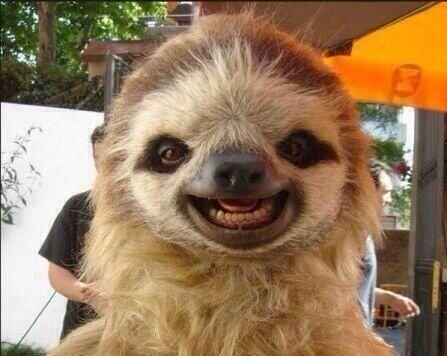 Despite a threat of rain, I finished an important chapter today in my new book, His Mercy Endureth Forever.

Back when I was writing my horror novels, in the 80s and 90s, I really stunk at titles. In three out of four published books, the publisher changed the title; and I didn’t mind, because their titles were a lot better than mine. Mine were bad enough to be blotted from my memory.

But by now I’ve been at this long enough to learn how to come up with a decent title first and then let it guide me throughout the writing of the book. I learned this by reading British crime novelist H.R.F. Keating, famous for his Inspector Ghote books. A Keating title always informs the whole story, and he did it in such a way that you can see it as you read. (To say nothing of the pleasure I and so many others get from an Inspector Ghote novel–try ’em, you’ll like ’em.)

Anyway, I ask the Lord to give me the story He wants me to tell, and open myself up to the plot playing out in ways I never expected.

And so far it’s worked out very well for me–very well indeed.

H.R.F. Keating published his first Inspector Ghote mystery, The Perfect Murder, in 1964, and went on writing them practically right up to his death in 2011. The one I’ve been reading just now, Breaking and Entering–it was a Christmas present to my wife–came out in 2000. And it’s wonderful.

These books were good from the get-go, and they just kept on getting better. Keating never lost his touch. If you like tricky mysteries featuring believable characters in exotic settings, this long series is for you.

Breaking and Entering concerns a series of jewel thefts that have so far baffled the Bombay Police Crime Branch. When most of the detectives have to be re-assigned to a high-profile murder case, the humble and unappreciated Inspector Ganesh Ghote is saddled with the jewel thefts. Worse, and unexpectedly, he also gets saddled with his old acquaintance Axel Svensson, a big Swede working for UNESCO and quite out of place in India. They last collaborated on The Perfect Murder. Now Svensson’s wife has died, he’s depressed, and he’s come back to India for a change of scene.

Ghote catches the wall-climbing cat burglar. His solution to the crimes is fixed in logic and evidence, yet totally takes you by surprise. But in solving the jewel thefts, Ghote finds himself suddenly in position to solve the high-profile murder, too–with the help of the most unlikely allies you can imagine.

Inspector Ghote has been likened to Columbo, and they do have a lot in common. But Ghote works in India, against a background of Indian culture and procedures, and it makes for fascinating reading. I mean, these books are just so cool! They’re full of incidents, scenes, characters, and exchanges that you’ll remember for many years to come. And they’re all terrific.

I have just read Doing Wrong, No. 20 in H.R.F. Keating’s Inspector Ghote mysteries, this one published in 1994. There would be a few more before Keating’s death, but not many.

This one is a corker.

Inspector Ghote was Columbo before Peter Falk was Columbo. Ghote works out of the Bombay C.I.D., although, over the years, his investigations have taken him all over India. Doing Wrong takes him to the Hindu holy city of Banares.

Yes, they still burn bodies on the banks of the Ganges, and throw the ashes in the river. If the deceased is too poor for a proper funeral, the body is thrown into the river as is. It is believed that the water of the Ganges has the power to wash away sins, from the dead as well as the living. Persons in search of holiness bathe in the Ganges. They also brush their teeth in it.

Ghote comes to Banares following up a clue in the murder of Mrs. Shoba Popatkar, once a personage in the Indian independence movement. He has very little to go on, and next to no support from his superiors: but Ganesh Ghote, once he has his teeth in a case, never lets go.

This time Keating tells you right up front who committed the murder, and why: a Banares politician, H.K. Verma, strangled Mrs. Popatkar to keep her from broadcasting some embarrassing information that would have ruined his hopes of being appointed a minister in the government.

So where’s the suspense? Well, did you ever have one of those nasty dreams in which you’ve committed a murder and you’re trying to escape the consequences? And the murder in the dream is a given, a fait accompli: it happened before the dream started, and you’re stuck with it.

We have H.K. Verma’s nightmarish experience as Ghote comes closer and closer to a solution to the crime. And we have Verma’s increasingly frantic attempts to rationalize the crime, to justify himself in his own mind. He searches for absolution in the Ganges. He must also deal with a bitterly ironic stroke of fate.

The narrative goes back and forth between Ghote’s point of view and Verma’s, tightly focused on the two of them. The result is suspenseful indeed.

Keating was one of a very few writers who could use dialect without distracting and exasperating the reader. Indian English is not quite the same as American English. Keating’s mastery of it is infectious–and I had better stop thinking-thinking of it only, or it will be seeping into my own writing.

For more than 30 years the Inspector Ghote series was one of the most consistently clever and entertaining mystery series around.

I think it always will be.

Well, at least I can transport my own picture from

the “Bio” on this site, to this page. We advance by little tiny steps.

Among the most unreadable books in existence are those in which the protagonist is merely an avatar of the writer himself, powered by wishful thinking: like, here I am as the smartest  guy in the book, the handsomest,

the sexiest, blah-blah. And all the other characters

are merely names on paper, because the writer is so exclusively interested in himself.

To make your story live and breath, your characters have to live and breath. In that sense, there’s no such thing as a “minor character.” That doesn’t mean that, every time a new character appears, you have to tell his whole life story. He may only be there to say “Here are the gumboots that you ordered, madam,” and then exit.

I first noticed this technique years ago when I was reading a lot of Dick Francis’ mysteries. Every character who appeared, even those for whom a name wasn’t necessary, the writer dabbed with just enough color to make him or her come to life.

I found a wonderful example of this last night, in Inspector Ghote’s Good Crusade by H.R.F. Keating (1966). Here, India’s most famous detective is interrogating a cook whose great concern is to tell the inspector whatever he thinks the inspector wants to hear: he does this because he’s afraid of the police, and doesn’t even notice when his answers are the exact opposite of answers he’s given just moments ago. It drives poor Ghote up the wall, but makes for wonderful entertainment. The cook is only around for a page or two, but he’s a minor character I’ll never forget.

This art requires some subtlety, and a lot of practice. It won’t do, just to tack on something like, for instance, “Here are the gumboots that you ordered, madam,” said a delivery man with a tattoo of a lobster on his cheek. But even that is a step in the right direction. It’s something the writer has to work on before he can master it.

As you can see, I have utterly failed to post my picture in the upper left-hand corner of the page. Well, live and learn.