In Christ Alone is on a lot of readers’ lists of favorite hymns; and I’m posting it here because I’ve almost used up the first list of Your Favorite Hymns and I want to invite all readers to come up with another. Don’t be afraid to suggest more than one hymn. It’s not like we’ll ever run out of them.

I know, I know–with anything like this, the pattern always is: a few people act and a lot of people watch. I’d like to see more readers participating, but if I knew how to draw you in, I’d probably be rich and arrogant. So all I can do is hold out the invitation. 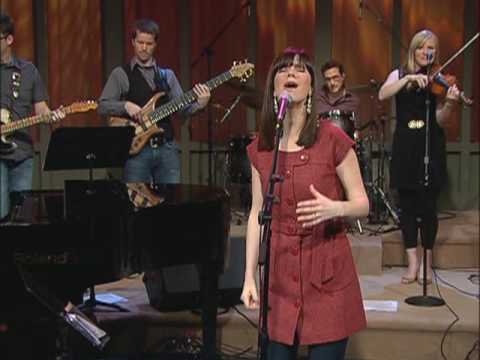 In Christ Alone, by Keith Getty and Stuart Townend, is one of the most frequently-requested hymns around here. In just a few short years it became a classic.

But you won’t find it in the Presbyterian Church USA hymnal.

Does the PC in PCUSA stand for “politically correct”?

One line in the hymn refers to the wrath of God being satisfied by Christ’s atoning death on the cross. This was too much for the PC corner. “Wrath of God??? Waddaya mean, the wrath of God!? Well I never–!” Next thing you know, God’ll be expecting people to believe in Him. Who knows what that might lead to? “There’s no place in our church for orthodox Christian doctrine!”

If this denomination makes it to the next century, it’ll be a miracle.

This is on a lot of readers’ lists of favorite hymns–In Christ Alone, by Keith and Kristyn Getty. Your Favorite Hymns continues: please feel free to add to the list.

We haven’t received any hymn requests lately, so I fall back on some of our favorites, like this one–In Christ Alone, by Keith and Kristyn Getty.

This hymn was knocking at my door all day. Here’s a new video by Keith and Kristyn Getty, with an assist from Alison Krauss. I keep thinking the waters are the Sea of Galilee. Well, they might be, at that.

I don’t often post hymns that aren’t sung; but this video is quite beautiful. We can let the work of God’s hands sing of His glory. Violin by Taryn Harbridge, somewhere up in the mountains–In Christ Alone.

Requested by Joshua: This video features two hymns–Immortal, Invisible and In Christ Alone, both sung by Steve Green at the Grove Avenue Baptist Church. I hope it gets your day started on the right foot.

Yes, I know I’ve posted this several times before; but I have a desire to hear it again: In Christ Alone, by Keith and Kristyn Getty. I can never forget how the editors refused to add it to the Presbyterian Church USA hymnal unless they removed the line, “The wrath of God was satisfied.” Go-along-to-get-along theology at its finest.

I did know that Stuart Townend, with Keith Getty, co-wrote In Christ Alone–so that’s a major achievement, so many people already love that hymn. But this is the first I’d ever heard him sing: the 23rd Psalm, set to music by Stuart Townend.

You already know the words.

A new hymn that quickly became a classic–In Christ Alone, sung here by co-author Keith Getty and his wife, Kristyn–we don’t often get to hear our favorite hymns sung by the persons who wrote them.