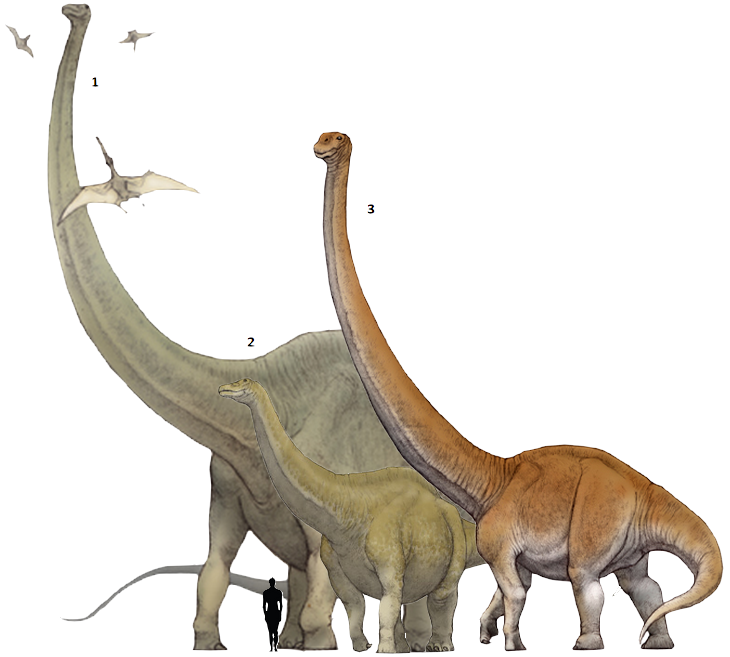 Jambo! Mr. Nature here, with today’s safari into the incredible. Maybe even the preposterous.

Once upon a time, or so they say, there was a dinosaur–a sauropod, like a brontosaur or Diplodocus–that grew to be 200 feet long. Twice as long as an NBA basketball court. Edward D. Cope named it Amphicoelias. With all the new discoveries, in recent years, of super-sized sauropods all over the world, interest in Amphicoelias has been renewed.

The key piece of this dinosaur was a single vertebra 8.9 feet long. And sometime after 1878… it got lost.

Now, how do you lose a 9-foot-long dinosaur bone? It’s not like it could have slipped behind the couch. What kind of dingbat loses something nine feet long? “I coulda sworn I had it in this closet, with the Christmas tree ornaments…” “It somehow got lost when we moved…” Really!

We still have drawings of this bone, made by scientists who studied it, but who wants to take the kids to a museum to see drawings?

And so a land animal as long as two blue whales laid end-to-end… is lost. Like a spare set of car keys. Like that carefully boxed complete set of 1961 baseball cards that should be up on that shelf in your bedroom, but isn’t. Alas and alas!

We can only hope it turns up in someone’s garage someday.