Holy cow, is this stressful! You should see what they’ve done to my blog this morning. If it looks normal at your end–well, I wish it’d look normal here.

Anyway–remember when I had to read and review all those books by “Abner Doubleday,” aka Brian Godawa? The fantasies set in the world before the Flood, which featured everyone using 21st century slang.

Hint to aspiring writers: Plain English is just about always suitable for whatever purpose you have in mind. There are some famous authors who love to write in dialect, and subject their readers to whole pages of blah-blah at a time. I have never enjoyed those books. 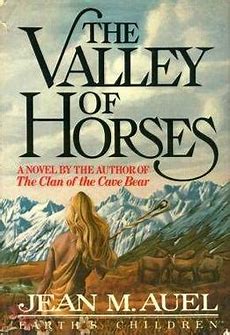 One of the worst books I’ve ever tried to read. But I wasn’t getting paid to read it, so I stopped.

In writing dialogue, especially in a fantasy or a historical novel, there has to be a happy medium between “I feel ya, dude” and “Yea, forsooth, thou barkest up ye wrong tree.” That happy medium is plain English.

Yes, I know–tons of books have been published in which plain English is simply not to be found. Some of them have even been best-sellers. But that doesn’t make them any less abominable.

Someday our age will be called to account for Robert Ludlum and Jean Auel; and it won’t be pretty.

I am told by “Abner Doubleday” that the use of modern 21st-century slang in historical and fantasy novels is a matter of debate and he’s right for using it.

So, in novels set in the ancient world before the Flood, and involving spiritual beings as well as mortals, Abner has archangels call each other “you guys” and tease each other with nicknames, while the rebel angels, devils, run around quoting Barack Obama and Bill Clinton.

As you can probably guess, I’m warming up to write a review of these dreadful books. And the thing that makes them dreadful is the totally dumbed-down language in which they are written. Abner thinks this gives you access to a wider audience.

But surely plain English can do that just as well, without being incomprehensible to readers twenty years later. I don’t know what kind of theology he expects to teach an audience who can’t fathom anything much more intellectually challenging than a text message. This audience is addicted to movies that are pitched to the 11-year-old demographic, so it expects improbable wisecracking and forced badinage from all characters, all the time.

These movies will be unwatchable to the next generation. Meanwhile, they are extremely tiresome. It’s like they’re all part of the same interminable movie cooked up for middle school dropouts.

When you write, folks, try to remain within that really not so narrow area between “Dude, ya got a problem with that?” and “I prithee, sweet Prince, beshrew me no more.”

Your readers will thank you for it.