Pope Benedict XVI: “He being dead yet speaketh” (Hebrews 11:4)

Pope Benedict XVI, who died last month, left a book to be published after his death. It’s not a book that takes a rosy view of the state of the Church today (https://www.telegraph.co.uk/world-news/2023/01/23/gay-clubs-run-seminaries-says-pope-benedict-posthumous-attack/).

In What Christianity Is, the late Pope charges that “gay clubs” are allowed to operate in Catholic seminaries–some training for the priesthood, eh? “An American bishop,” says Benedict, allows his priesthood trainees to watch pornography.

Well, hell, we’re talking about a Church establishment that allowed an Amazonian idol to be set up in the Vatican, and doesn’t mind when self-proclaimed “Catholic” politicians champion anti-Catholic causes like abortion, transgender, and “gay” pseudomarriage. Benedict could probably have cranked out half a dozen volumes, had his health been up to it. 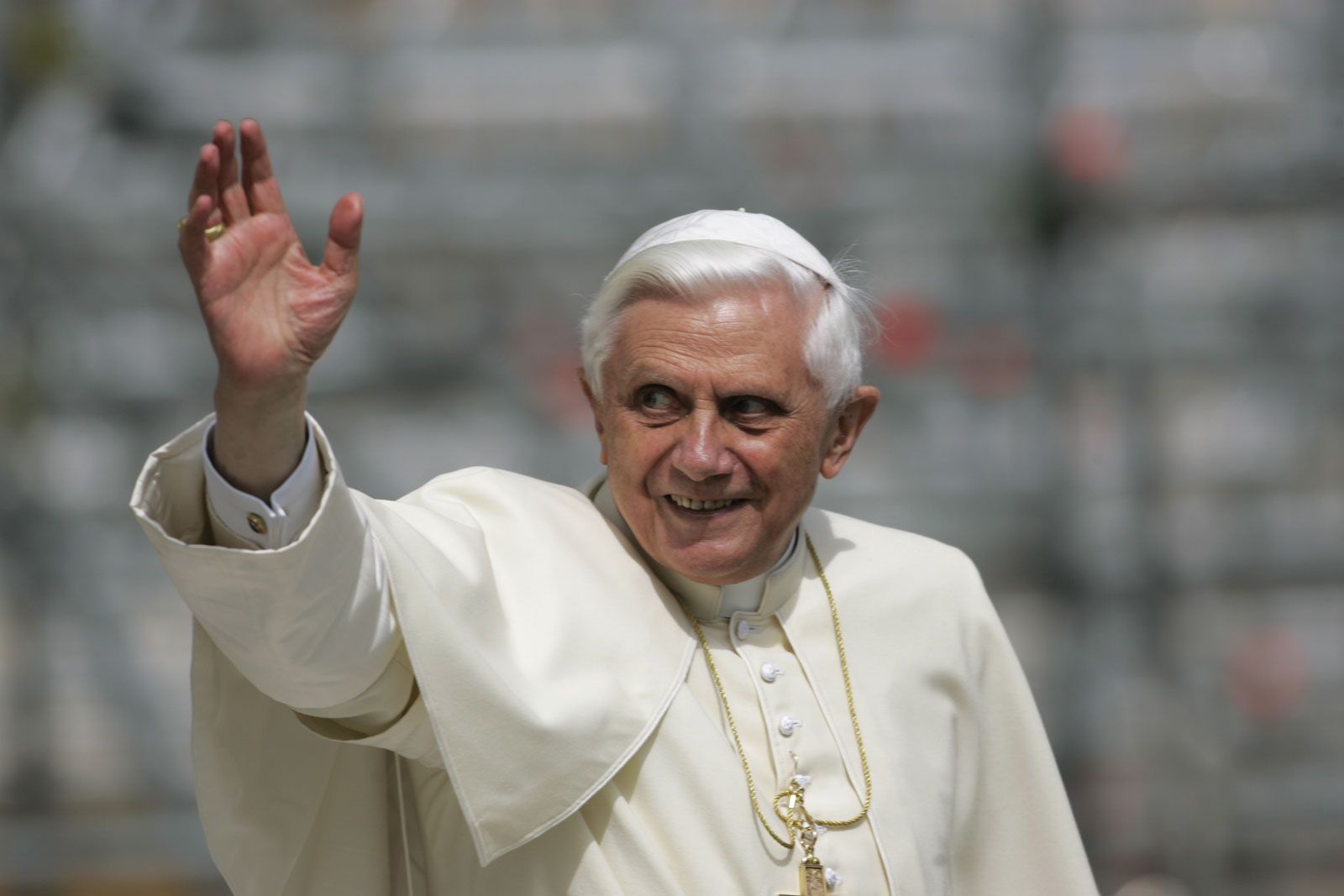 I don’t like it when leaders who are supposed to be responsible, and whom I want to respect, talk hogwash. So these remarks by retired Pope Benedict XVI shocked me (https://www.christianpost.com/news/pope-benedict-xvi-calls-biden-a-practicing-catholic.html).

Benedict said of “president” Joe Biden, “It’s true, he is a practicing Catholic. And he is personally against abortion.” [Good grief.] “But as president, he tends–” tends?–“to present himself in continuity with the platform of the Democratic Party.” Which calls abortion “reproductive health” and invokes “the right to choose.”

I get an impression of someone trying to tiptoe through a mine field and still managing to set off every one of them.

A president is supposed to be a leader; but apparently where abortion is concerned, this president is content to be a follower. And what’s it worth, that he’s “personally against abortion,” if as president he continues to promote it?

This is every bit as irrational and loopy as the so-called “conservative commentators” who are supporting Bruce “Caitlyn” Jenner’s run for governor of California. It takes one’s breath away.

I mean, really! What kind of pope thinks it’s okay to be “personally against abortion”–as if it were anything but a gross violation of Catholic teaching–even while you aid and abet the abortionists every chance you get? It’s like being “personally against bank robbery” but you drive the getaway car.

Is that truly too hard for Benedict to figure out?

No wonder our culture is floundering.

I could hardly believe my ears, the first time I heard this, Martin Luther’s hymn, being played on the bells of St. Francis’ Church, across the street from me: A Mighty Fortress is Our God. Pope Benedict XVI had some good ideas, and allowing this hymn to be played was one of them.

Your Favorite Hymns continues–please feel free to add to the list.