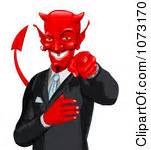 As if foster children didn’t already have enough difficulties to overcome, the provincial government of Ontario has now decided that “a parent’s failure to recognize and support a child’s gender self-identification” is “a form of child abuse,” necessitating the government to remove children from the foster home and into “protection” (http://www.nowtheendbegins.com/canada-passes-bill-89-allowing-government-seize-children-parents-opposed-gender-transition/)–where, presumably, boys can be girls and girls can be boys without fear of discouragement.

This insanity passed the legislature by a vote of 63-23.

The ideology enabling it, as voiced by one government official, can be stated in a mere two words: “We co-parent.”

By the way, the government ordered two little girls, aged 3 and 4, removed from a foster home recently when the foster parents refused to tell them that the Easter Bunny is real.

Well, he’s at least as real as “gender fluidity”!

Note that as yet this wicked nonsense is aimed at children in foster care. They have not yet assumed the power to sweep into your home and take away your natural children because you wouldn’t let the four-year-old sign up for a sex change.

See, here’s how it works. You send your little kiddies to Ontario’s schools, where, starting in the early grades, “teachers” preach to them, day after day, the extreme desirability of “choosing” your gender. Then, when it’s been firmly planted in a child’s mind that it would be really, really cool to “choose” another gender, the foster parents have to go along with it or else be found guilty of child abuse.

Dare I say the abuse starts with the original decision to send the child to such a school?

Ontario is governed by deeply wicked people whose folly is Satan’s delight.

8 comments on “The Devil’s Cockpit: Ontario”