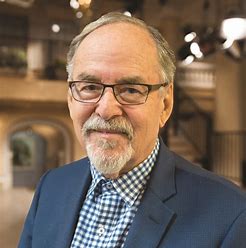 I have to review a book for Chalcedon, Dark Agenda by David Horowitz, and I’m feeling overwhelmed by the weight and seriousness of his argument, and the mountain of evidence he cites to support it. This blog post is an effort to warm up for the challenge.

Usually when I read a book to review, I mark striking passages with a pen and dog-ear the pages that I want to cite. I think I’ve dog-eared every other page in here. Well, that won’t do. Think, think, think…

Horowitz was raised by Far Left parents and grew up to become an activist for their movement in the 1960s. When he talks about the revolutionary Left, he knows what he’s talking about. That’s why they ban him from the social(ist) media. He has left his radical past behind and come over to our side.

The book’s subtitle is “The War to Destroy Christian America.” The fact that “war” is the most appropriate word he could have used is what’s so overwhelming about it. The Far Left literally means to destroy and erase everything about America that makes it America.

Horowitz, who is Jewish, believes that Christian America is one of the best things that ever happened to the human race, and that it deserves to be defended and preserved.

The bad guys aren’t kidding, folks. Radicalism is their religion, and they are waging a jihad against Christianity, which they hate with a passion that, for many of them, crosses the line into the psychotic. No debate, no compromise, no shared humanity: their goal is to wipe out every vestige of Christian America and create an authoritarian, atheistic hell-hole with themselves in charge.

No, I’m not exaggerating. Neither is David Horowitz. This book was shocking even to me.

The ancient Chinese sage, Sun Tzu, author of The Art of War, laconically described a certain kind of military situation in which strategy and tactical finesse don’t matter.