How To solv Our Problumbs!! 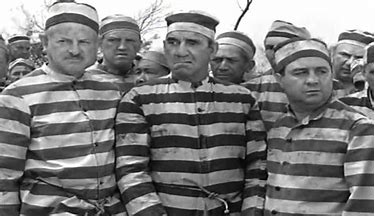 We had a spacial lexture Today “in” Nothing Studies and boy was “it” Grate!!! our Prefesser she maid “This” Grate Thing abote how to “Tern” thiss hear no-good stinkin “contry” arownd!!!!!

And aslo wee has got to let Out “of” Jale evry Boddy whoo “is” in thare Awlreddy,, let themb All Out!!! becose thay was ownly In thare becose Of Raceism!!!!!!!!!! So let themb Out “and” givve themb Lots Of Dollers witch we can taik from Wite Raceist thay woont knead it ware thay’re Going!!!!

I have lived in Metuchen, NJ, all my life. I have been married to my wife Patricia since 1977. I am a former newspaper editor and reporter. I was also the owner-operator of my own small business for several years. I wrote various novels and short stories published during 1980s and 1990s. I am a long-time student of judo and Japanese swordsmanship (kenjutsu). I also play chess, basketball, and military and sports simulations. END_OF_DOCUMENT_TOKEN_TO_BE_REPLACED
This entry was posted on Friday, August 9th, 2019 at 2:22 pm and tagged with college as a waste of time and money, everything is racist, foolish intellectuals, Joe College, liberal fascism, liberals hate white people, Nothing Studies and posted in Just for Fun, Public Education, satire. You can follow any responses to this entry through the RSS 2.0 feed.
« My Day So Far
More Joy of Boxes »

14 responses to “How To solv Our Problumbs!!”