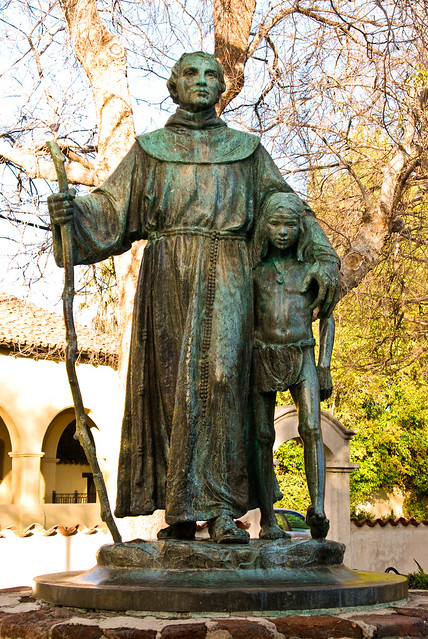 They haven’t torn down his statue yet.

Father Serra, in their blind eyes, committed an unforgivable crime by teaching Native Americans to be Christians instead of pagans. Never mind that he gave them hope of forgiveness of sins and everlasting life–to say nothing of making it impossible for colonial authorities to deny that the natives were fully human. Christianity and slavery are incompatible. It may take time, but eventually Christ makes all His people free.

And all the leftids boo and hiss.

Because they want to do the opposite, and make all the people slaves.