My Newswithviews Column,Feb. 6 (‘A Cornucopia of Tyranny’) 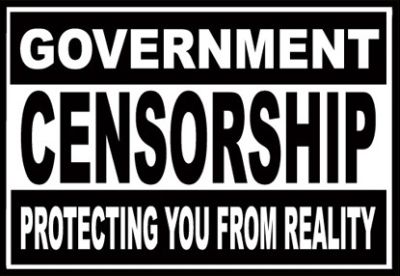 There’s no excuse for not knowing what Democrats have in store for us, if they ever get back in power. They’ve made it quite clear.

A Cornucopia of Tyranny

If liberals ever discover how to get inside your brain and weed out all Bad Thoughts, they’ll do it in a New York minute.

I have lived in Metuchen, NJ, all my life. I have been married to my wife Patricia since 1977. I am a former newspaper editor and reporter. I was also the owner-operator of my own small business for several years. I wrote various novels and short stories published during 1980s and 1990s. I am a long-time student of judo and Japanese swordsmanship (kenjutsu). I also play chess, basketball, and military and sports simulations. END_OF_DOCUMENT_TOKEN_TO_BE_REPLACED
This entry was posted on Thursday, February 6th, 2020 at 9:01 am and tagged with 'A Cornucopia of Tyranny', abolishing freedom, censorship, Dems hate America, liberal tyranny, liberals vs. America, liberals vs. free speech, Newswithviews.com and posted in news. You can follow any responses to this entry through the RSS 2.0 feed.
« ‘Health Experts Get Food Poisoning’
Stand Up! »

4 responses to “My Newswithviews Column,Feb. 6 (‘A Cornucopia of Tyranny’)”