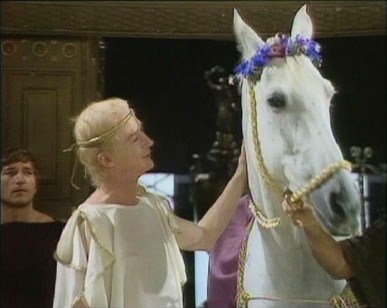 According to Roman historians, the lunatic emperor Caligula planned to appoint his favorite racehorse, Incitatus, a consul–the highest official of the Roman Republic. He never quite got around to actually doing it, they say. But the caper certainly got Rome’s attention.

Are we any saner than Caligula?

We are told by our disgustingly mendacious nooze media that the American people have just elected a corrupt and senile old crock, Joe Biden, president. At least Incitatus could win races. Biden’s gift is for selling American government favors to foreign bad actors, including the Chinese Communist Party. And his son, Hunter, is a notorious dirty money collector.

I think most of us here are convinced that this election was very far from being honest. That our country has been stolen out from under us. But we don’t know what to do! The thieves are of very high rank, rich and powerful, highly unlikely ever to be called to account for any of their multitude of crimes.

I mean, how is this a formula for electoral success? Appoint a doddering, corrupt, apparently senile candidate and hitch him up to a Far Left Crazy running mate. Hide him in the basement throughout the campaign, while your party runs on a menu of utterly insane public policy proposals–Green New Deal, open borders, defund the police, etc. When he and his running mate emerge for a rally, make sure it’s attended by dozens of people instead of thousands. Let his son’s corrupt practices become widely and publicly known.

And Bob’s your uncle! You’ve just won the White House!

Caligula’s got nothing on this fishy election.

3 comments on “Are We as Crazy as Caligula?”